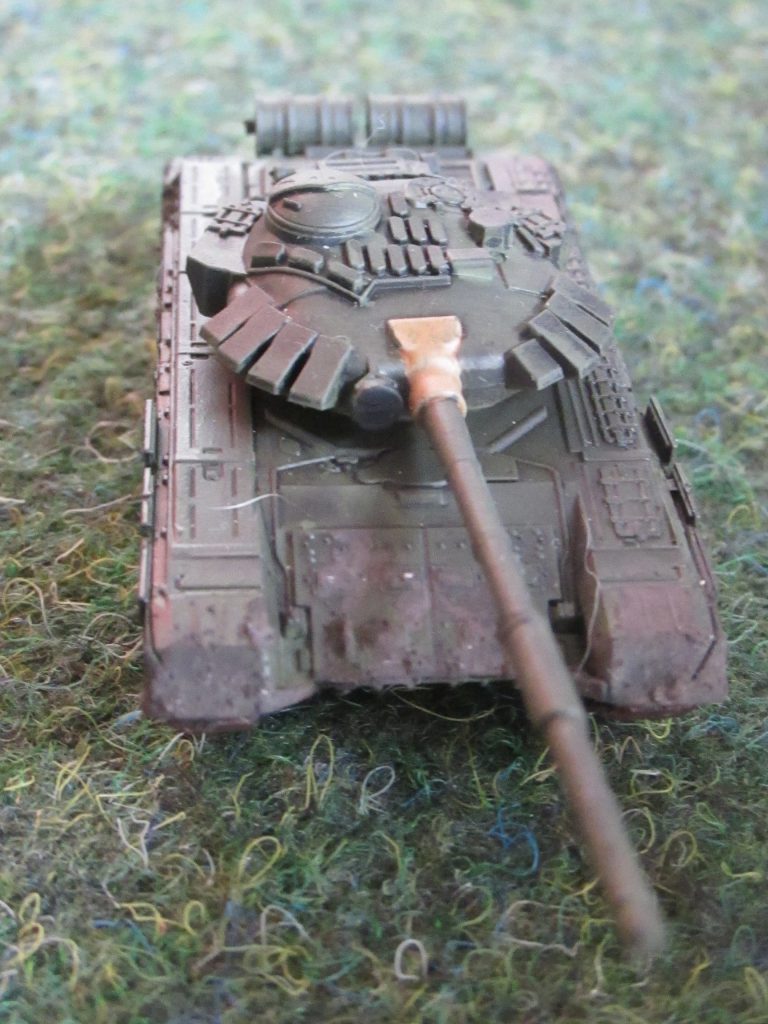 Today Rich dives into the world of modern Soviet Zvezda models for use in Team Yankee.

Last year, after a couple of exchanges on the Facebook page, Ben asked me to review the Zvezda products for the site , the review has actually been written for ages but it’s just got lost in amongst a whole host of stuff like a new job, and painting other armies. Anyway here is my review of Zvezda’s Soviet offerings. I’ll leave it to someone else to describe their instruments of capitalist oppression.

Firstly I ought to state that I’m a big fan of Zvezda, as a Soviet EW player it’s fair to say that my T26 and BT tankovy hordes, T34 and KV units are fairly much entirely made up of Zvezda products. The price benefit of their tanks over any competitor is pretty conclusive for a Yorkshireman living in Fife !

The first thing to note about their “Hot War” modern range therefore is that the price advantage over Battlefront and other manufacturers is no longer apparent. The box set of 5 plastic T72s  at £30 from Battlefront would indicate a unit price of about £6 a kit; the Zvezda T72s retail at around £7-£7.50 on various internet sites, however Plastic Soldier *did* have a platoon set of 3 at £16, bringing it down to just over £5 a tank [Ed – it seems to be gone now – just the BTR-80 on the PSC site]. The other kits retail around the same. Zvezdas T72 kit represents the T72B version which came into frontline Red Army Service in 1985 and so is just about historically accurate for the events in Team Yankee which of course take place in 1985.

The kit consist of 15 pieces on 2 sprues; this compares with the 5-8 piece 1 sprue WW2 Soviet tanks and probably accounts for some of the price differential. Like all Zvezda kits I would strongly recommend gluing together, despite what the instructions say.

The kit is very crisp and sharp and the detailing is excellent. There is no external AA machine gun, and the turret front is modelled with a number of reactive armour modules. The underside of the tank is also detailed, which is a good production value if not entirely useful It is worth reading the instructions and noting that the parts are numbered. The track assemblies and deck are attached to internal struts which attach to the body floor – it doesn’t look possible to put these in the wrong way, but as I had to scrap the first of the 3 kits I bought because the decking and track covers didn’t fit properly it is worth checking the numbers and dry fitting. The other two kits went together fine.

Like all Zvezda kits the fit of the turret onto the pin on the deck is very tight, and becomes tighter after undercoating. It’s worth widening the turret hole or considering a different attachment. Overall the kit is not too bad, the most fiddly part is the fitting of the track covers.  Whilst the track cover is fiddly, and does really require glue, it’s no more a problem than the rear of the battlefront T72 is to fit together (I have to admit to having problems with a few of mine).

I’d give it a 6 out if 10. If the kit was more price competitive I’d be minded to score it a bit higher Again this a sharp well detailed kit with even the underside detailed. The kit consists of 29 pieces again on 2 sprues. The body and track assembly is easy to undertake and there is nice additional detailing on the turret with the radar assembly having some movement in it. The kit for me has one major fiddle factor and that is the gun barrel separation piece. I found this a considerable faff to get into place, even using a small set of pincers it was a bit fiddly to get in place.The usual Zvezda tight fit of the turret lug into the hull is apparent, and I’d suggest widening the hull hole.

Because of this fiddle factor I’d rate the kit a 5 out of 10. I probably will get another one to round out the platoon as it’s a good looking kit, just a bit fiddly for me I’ve kept the best one until last. The Gvozdika kit again comes on 2 sprues with a total of 19 pieces. This was the only kit where there was a small amount of flash, but this was easily cut away. The kit fits together very well, better than the T72, and comes with a small option to have the barrel support unit in the upright or stowed position, although this is quite a small piece and care needs to be taken with removing it from the sprue. Also glue is recommended to make sure that the rear body piece attaches as close as possible to the hull assembly, this is on of the few Zvezda kits where the turret lug that’s not unreasonably tight when fitting to the hull. This one rates an 8 out 10 for me and my Soviet artillery units will be made up of these irrespective of the Battlefront resin offering. On the whole the advantage of Zvezda for WW2 is the price, and obviously the ease of assembly, particularly for the tanks (the armoured cars are a different matter !!). The move to 2 sprues for the Hot War range has both increased the complexity of the kits (but obviously all things are relative) and the cost. The cost increase would seem to bring the Zvezda kits more in line with the Battlefront costings, and actually makes the Zvezda kits more expensive than some of the metal and resin kits already available from the likes of Skytrex and QT.

In terms of scaling against Battlefront products I only have T72s to compare them against – the kits are almost identical in width, height and length and so there is no issue with having them alongside your Battlefront tanks Given that the T72 is a late variant it’s likely that I’ll only purchase any additional ones I need as single ones to pad out the Battlefront multi pack purchases; the Shilka is a tad fiddly, so I might take a look at the Skytrex and QT ones once I work out how many I need.  The Gvozdika is a really nice kit and is the one I would definitely recommend.