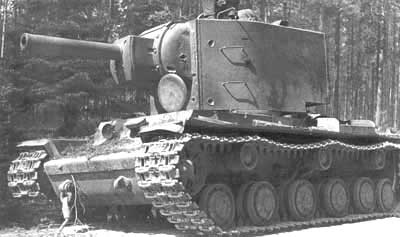 Zvezda beasts and where to find them – KV2

I have always been a fan of the Zvezda 1:100 models. They are cheap and readily available. Yes, there are some compromises on detail, no options and there are no assembly options, but you cannot beat the value for money. Which is very much the Soviet way

I often pick up new Zvezda models at conventions as the relatively small cost usually doesn’t justify the shipping cost from overseas. I have been waiting for a while for a KV2 but at Moab this year I found one.

This will be the first of a series of articles looking at some of Zvezda’s beasties. The KV2 seems an apt place to start, a Soviet Heavy tank with a 152mm Howitzer. The KV2 like most of the Zvezda products are one model per small box. Inside I found 2 frames with a total of 11 pieces. There was also a simple one page instruction page. Zvezda follow a different approach to Battlefront and Plastic Soldier Company plastics in that they make their models to snap together. I always glue mine in and haven’t relied on the snap together approach. To facilitate the snap fit, the KV2 turret is created with an inside out build approach. The turret is held together by an internal skeleton piece that the sides and top attach to. The skeleton piece just looks like a moulded part of the frame so is easy to miss if you just go ahead and cut all the pieces from the frame. My hull went together really easily. The upper and lower hull pieces clip together only one way. One end of each piece has a male connector and the other a female connector. The tracks are then glued in with a nub at each end to locate them. Technically you could attach these the wrong way. Be careful not to. The turret is a little more complex. Each side and top is pushed onto the skeleton. I used plastic glue and used pressure to get the panel joins to fit as tightly as possible but there is still a gap here and there. You could use some greenstuff or Miliput to get a better finish. The ends of the skeleton are the howitzer and the turret rear machine gun. Be careful with your clean-up to avoid cutting off the machine gun. Assembled, the distinctive, oversize turret dominates the model and the ladder leading up the sides looks pretty good. The hatches and other details are not heroically scaled like Battlefront models but still stand out well. There have been some compromises though, the tracks being the biggest. They are smooth on the inside and have a simple ribbed pattern on the underside. The road wheels are a compromised, single piece and lack detail. The ribs and ladders are also simplified shapes as are most of the smaller details like lights, drivers hatch and view ports. I am not sure there is an alternative to these latter compromises with plastic moulding. I kept this pretty simple. All the pictures I have seen of KV2s in the field have lacked any sort of stowage and markings are very rare. I have therefore gone with a plain green monster. This is a nice kit. It looks well enough for an occasional gaming piece. It is not finely detailed in all areas and certainly isn’t as nice as the Battlefront alternative. However, for AU$6, this was a fun model to assemble and paint. I have no real plans for the model but will try to fit it into a unit. It can either join by KV1s in a MW unit or maybe make an appearance by itself as a mobile pillbox in early war.