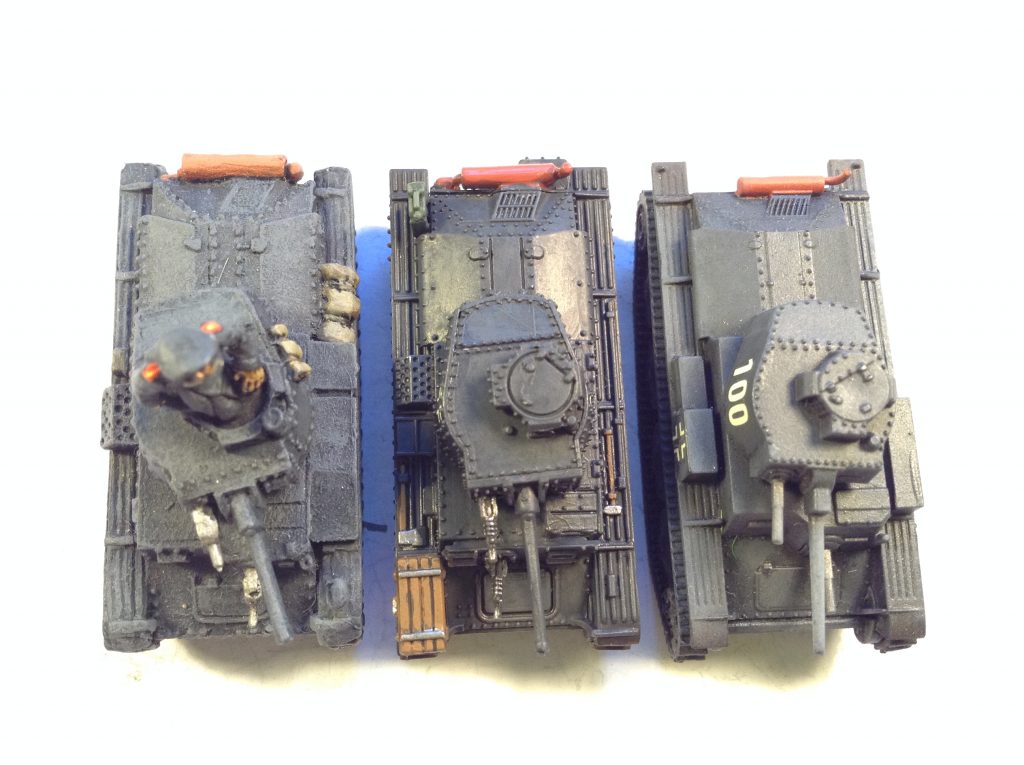 ‾Today Paul takes a look at 3 little Panzer (38ts).  … Ok now it is just getting silly!

I have been playing Flames of War since 2nd edition. Not as long as many, but enough time to work out a bit about the various manufactures that make figures suitable for the game. What proved really valuable early on, was reviews of figures by gamers. Even better still were reviews that showed various brands side by side. This allowed me to see which I liked most, how they related to each other in side, which had the best detail and some times which painted up the best.

With that in mind, I thought I would share a side-by-side review of three different Pz 38(t)s. The models in this review are from Battlefront, Plastic Solder Company (PSC) and Zvezda.

First up, Battlefront. The only Battlefront Pz 38(t) I have is the character model for Rommel. I suspect it is representative of other Battlefront models with the exception that the vehicle commander is the man who would later be known as the Desert Fox. The model is resin and metal (which some will prefer for reason of weight and build time) with 2 pieces of stowage.

The model is reasonably detailed. The trademark gun barrel and mounting are well defined. What lets the model down is that the detail isn’t crisp. The model was painted several years about but I can recall doing a fair amount of cleanup to get it ready for painting. The lines that are supposed to be straight are, well, not. Take a look at the hatches or machine guns to see what I mean.

Next up, the offer from Zvezda. Unlike the Battlefront offering, this model is reasonable crisp. The hull lines, hatches and panels are straight. What is missing is the detail. Some parts that should be detailed are simply boxes. The detail that is present is not deeply etched and doesn’t stand out. The machine guns for example look like simple rods. Finally, there is no option for a commanders hatch to be unbuttoned. The top hatch is just moulded into the cupola. In summary, the Zvezda model is the opposite of the Battlefront one. What detail that is there is crisp, there just isn’t enough of it.

Finally, the PSC offering. You can see a full review of one I painted up here. This is both well detailed and crisply cast. The detail is abundant and clearly modelled. The lines and detail is deep, meaning that washes work really well. Small details like the machine guns, rivets and hatches are really well defined. The picture shows a miss-alignment on the top of the hull. This is down to me. I didn’t do the best job putting this model together.

In terms of size, the Zvezda model is slightly taller than the other two brands. It is also slightly wider. The PSC and Battlefront models are very close in size to each other. However I think all three mix reasonably well together.

In terms of price, the Battlefront model is the most expensive, followed by PSC and then Zvezda.

The Battlefront model has fewest pieces and should be easiest to put together. However my sample need cleanup. The Zvezda model had fewer pieces than the PSC model and went together quicker.

So, which is best. My choice is PSC, followed by Battlefront and then Zvezda. However, be prepared for lots of pieces with the PSC one.