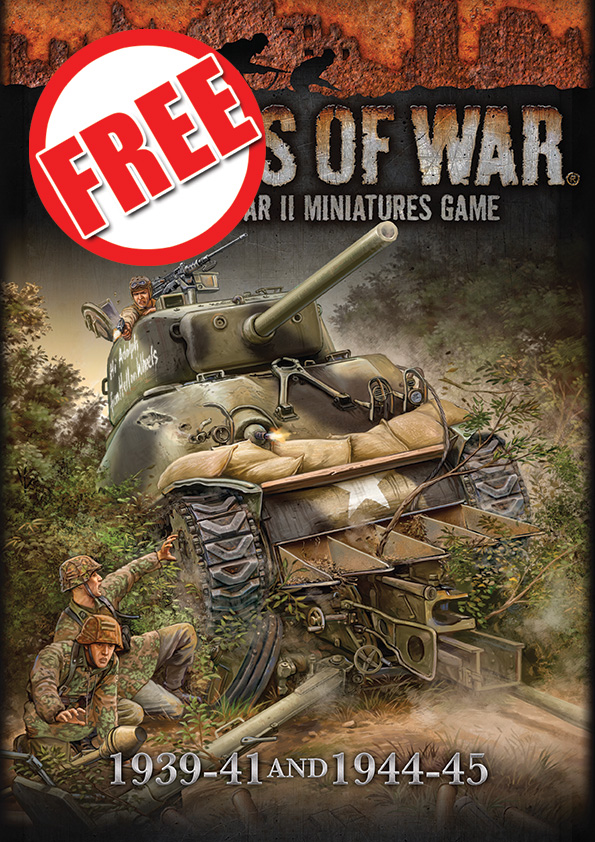 The Collecting Sweet-Spot 2017 and Beyond

Love collecting and painting Flames of War projects? Enjoying the Verity of Version Three? Wanting to feel positive about Version Four? This article may be for you!

Morning everyone,  Jersey here with a rambling look at how Version Four can make you, as a small project painter, very happy.

Flames of War Version Four is almost here and free books are being given to every Version Three rule book owner to convert every Early War and Late War Company List into Formations for Version Four; this presents us as collectors with a unique and limited opportunity!

Version Four allows Forces to include multiple Formations (Companies) which has many tactical benefits; for example you can offset the weaknesses of a Formation missing a useful component or you can take a second small formation where one platoon and it’s formation command are so well hidden you will never take a force moral test. However, there are benefits for the avid collector.

It’ll probably be a few years until Battlefront can re cover Early War and Late War. We know we have five to six months of British and Germans for Mid War in the Desert and then if there are Italians and Americans that could take us up to the end of 2017. Then if Mid War moves to the Eastern Front and or Pacific for the first time that could take another year. It all depends what the Battlefront release schedule looks like. What this means is the diversity and variety that exists in all of the Version Three handbooks and digital content will still be available to us until replaced. A while ago, Duncan did an article here about armies he would have wanted to collect but never got around to because of time, money or other restrictions… but how long does it take to buy build and paint two units (platoons) and an HQ tank or base? Not long?! It’s normally within our hobby budgets and could provide useful distractions and rewards from larger projects. What’s more, now a side project like this could be used alongside existing Formations we already have. The hobby sweet-spot!

Once you have the core units painted, you have a viable formation and this may only take you a month to do as a side project… but if we have two years-ish before we start losing access to Early and Late war companies from Version Three books and downloads then a few months after you’ve completed the core you could add a few more platoons and suddenly what was just a side project is viable as the primary formation and you have a whole new army!

This is an exciting time for collectors and project hoppers… perhaps of less importance for those of us who want tournament winning lists and focus time on that but if you’re like me and just paint formations you like the sound of the majority of the time then you’re in this collecting and hobby sweet-spot too.

“But this is all going to go away when Version Four covers Early and Late War… these side projects will be useless then!”  I had that thought too… but two years is a long long time in hobby painting blocks of a few months. There’s no reason why Battlefront are going to make their models obsolete if they don’t have to and if we as a group wanted to play a game with obscure lists that did vanish into the mists of the past then our Version Three books will still be around. I didn’t not collect my Early War Soviets because Version Three might come to an end two years back.

I want to do some USMC for late war in Version Four as a main project… but as my first side project i’m going to add some tanks to my RSI, aiming for a formation that lets me take some captured Italian assault guns. Then i shall review my options after that and look at something for early war… maybe even Greeks with their save in assault!

There are a lot of mixed feelings about Version Four…I’m very positive about it but hopefully these and other benefits will help us to enjoy it more, especially during the transition period.