By Mark Goddard • Apr 19, 2015 • 1 comment
Well it’s been a long three months of busy modelling and painting but it’s done. This month everything has come together and I received all of the stuff I had ordered and after a monster session of armoured vehicle painting everything is finished. 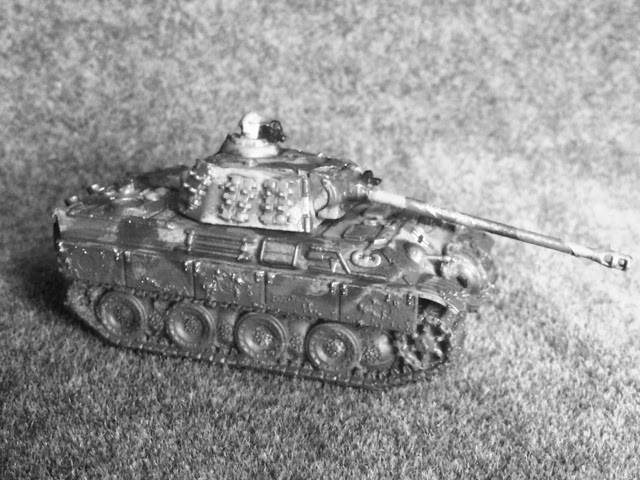 So at the end of last month I had some mostly based infantry for dismounted motorcycle teams. After a bulk buy of textured paint, they’re done: 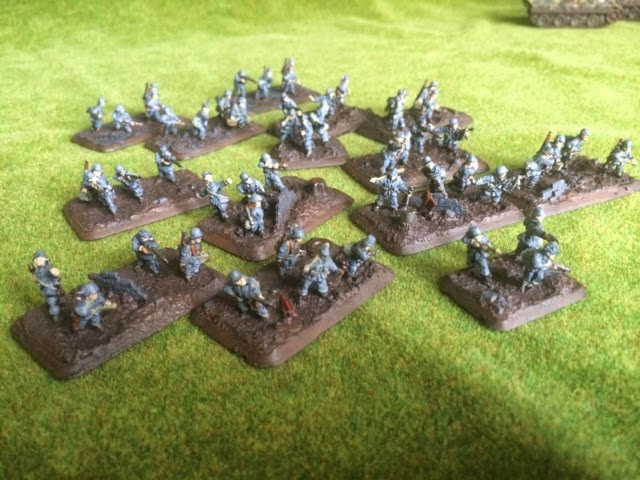 3 Panthers
3 Ostwinds
4 Sdkfz 250/9s
The panthers were the lovely new plastics from battlefront which myself, Adam and Fez were racing to review, but
Adam finished first. In my brief review: awesome kit, very easy to switch between panthers and jagdpanthers, you could do something clever with magnets but at the moment I’m using white tac, which seems to work fine (and is some of the stuff I used for masking the camo, recycling at it’s best.) My only gripe with the new panthers is I broke a few MG’s, however in their favour you get a few spares per sprue which is good.
Anyway, here’s the panthers: 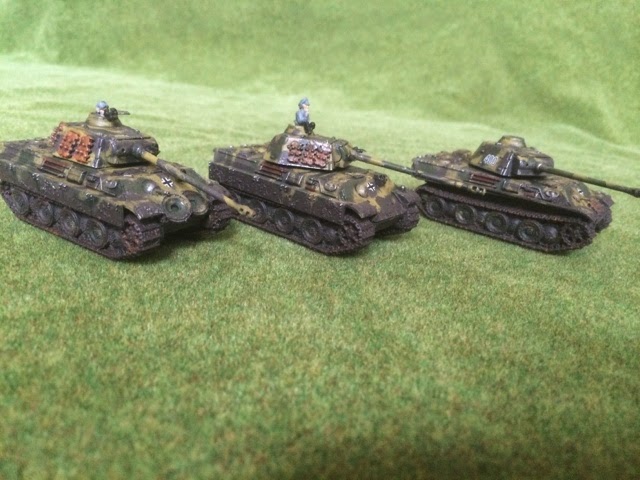 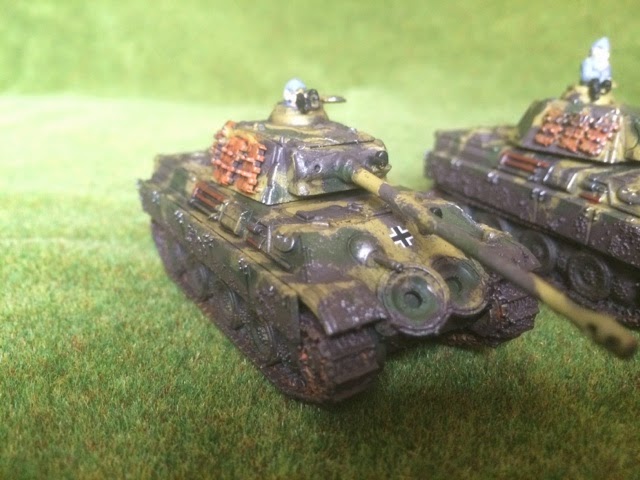 Then the Ostwinds, I really like my Flak43’s and Panzer III’s so something which combines them both is awesome: 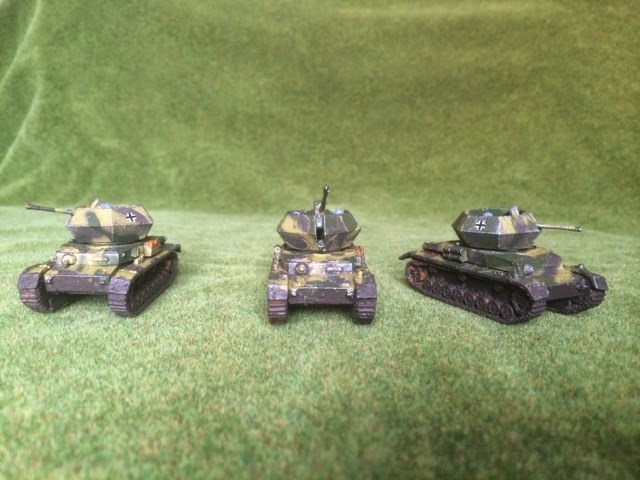 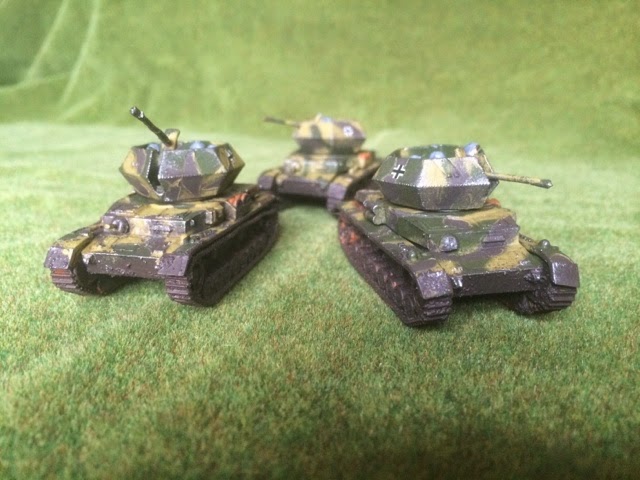 Then the Sdfz 250/9s. Now these are the wrong model and should be the shorter ones, but I went for the easy ones to get (and also more useful for other lists). Again, a nice model to paint and one which I have had kill my motorstrelk in the past: 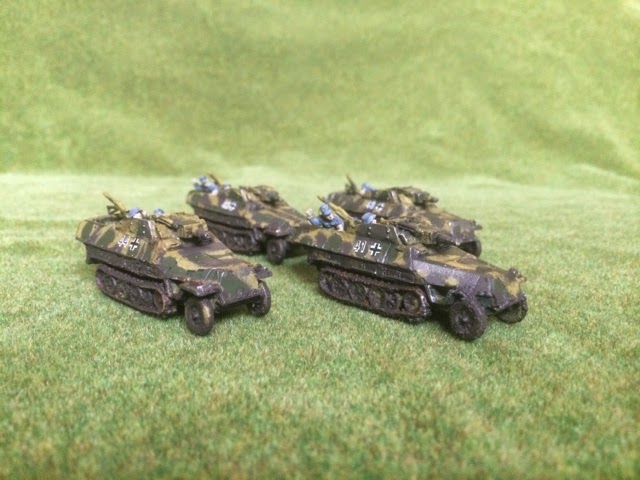 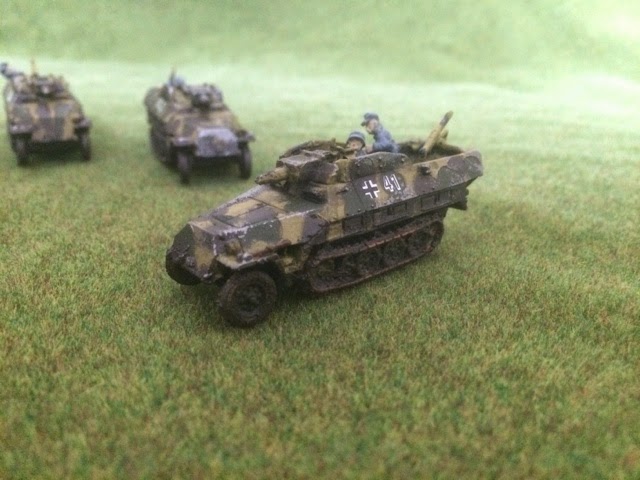 So with that, the army is done. Here’s the army on the move: 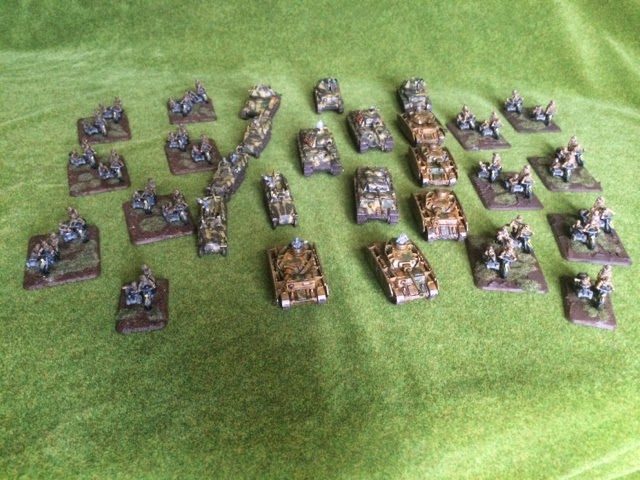 Now because I live a way away from the others I might have to wait a while to use this army, but I will say that this has been an incredibly useful stock painting project for me, my German army now has pretty much everything I would want to use painted, which let’s me use loads of different lists, not just Kampfengrupe Von Bennigsen, which is awesome.

Here’s everything from the past three months of painting, both mounted and dismounted infantry: 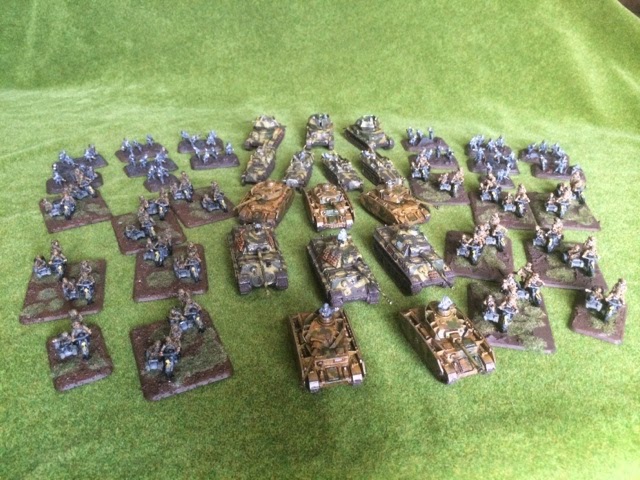 Thank you very much for a lovely game of collect and paint an army in 3 months.