It’s been ages it feels since I did a proper review of a product, but with plastic Churchills I thought now was a good time. 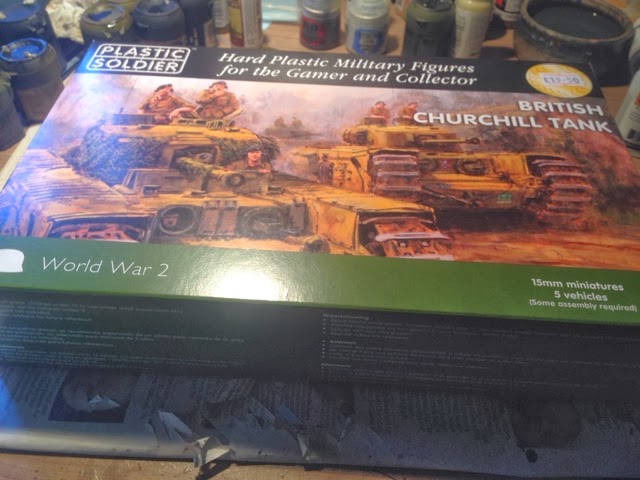 So
where to start, well firstly the box is what I’ve come to expect from
PSC artwork on the front and a simple painting scheme on the back, it’s
to the point and easy. 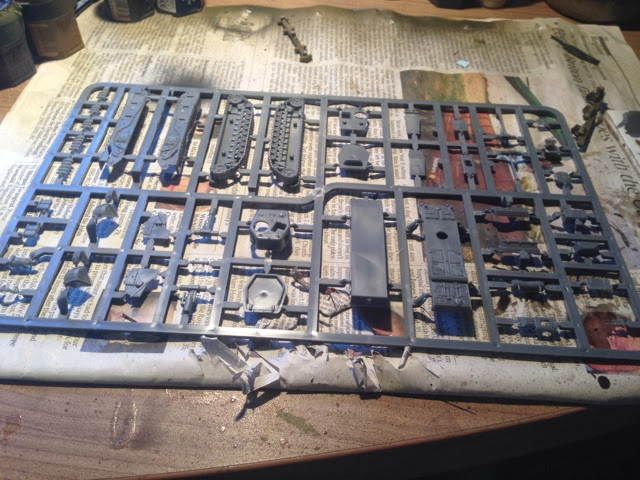 The content of the box is 5
plastic sprues to build a Churchill tank and the instructions, now this
is where the first bit of joy comes and 2 little bits of disappointment. 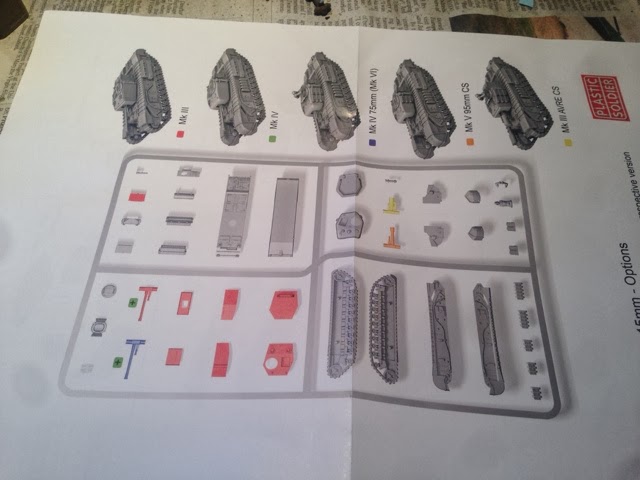 The joy is the sheer number of options available to build! You can do a
Churchill Mk 3, 4, 75mm, Mk V 95mm CS and Mk3 AVRE. The two little bits
of disappointment are that there is no option to make the beastly Mk7
with it’s FA 13! And secondly I think they could have rearranged the
diagram of the marks a little so the Mk 3 AVRE was next to the normal Mk
3 so I wouldn’t spend 5 minutes trying to decide what turret a AVRE
should have! 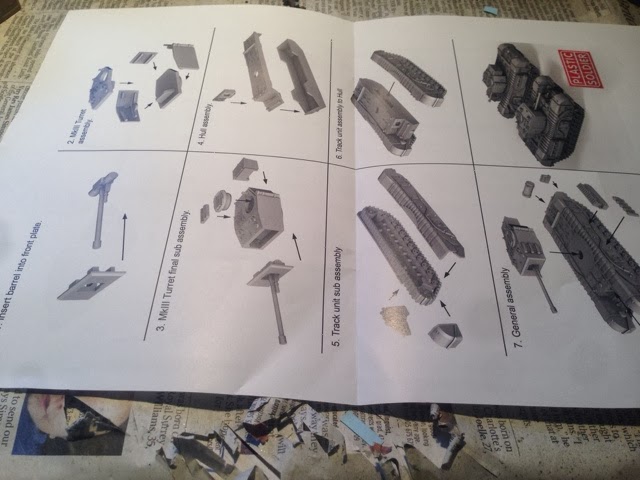 The build instructions are also very easy,
though I do wonder how they can make a Mk 4 turret from 2 pieces of
plastic but the Mark 3 from 6 pieces – though this does lead onto one of
the exciting parts – you have enough parts to make 2 separate turrets!
With the exception of one square hatch you can make two interchangeable
turrets for the tank. I fudged opening the turret with some butchered
plastic from elsewhere, – but big thumbs up on the value for money
front! 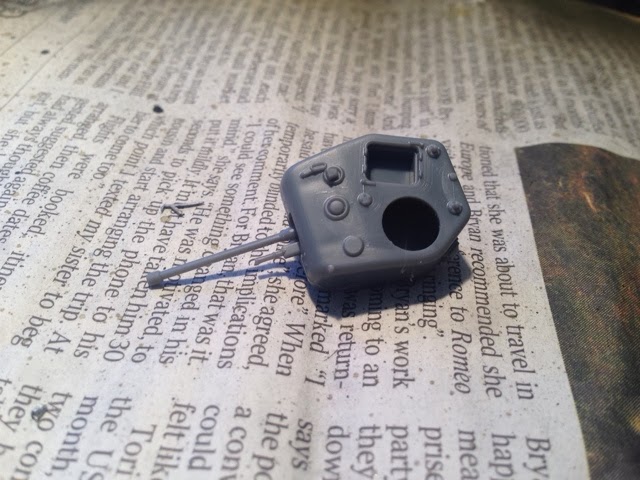 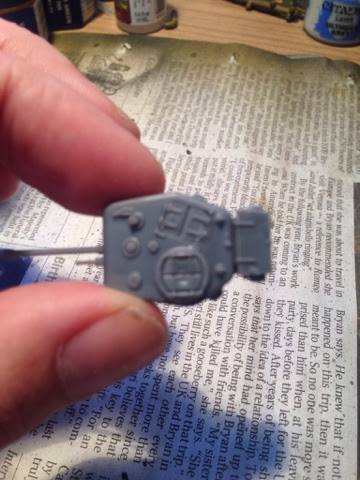 The Mk 4 turret is easy to fit together, it almost
snaps into place. I’m of course special and glued the box on the back
on wrong – so the instructions are not completely idiot proof it seems!
The Hull is three parts and again fits together nicely with minimum of
fuss, I would advise anyone building this tank though, that this is the
stage to add the hull machine gun, as when I built this one I had to use
tweezers to get it into place. On subsequent builds I went straight for
the MG on at this point for ease. 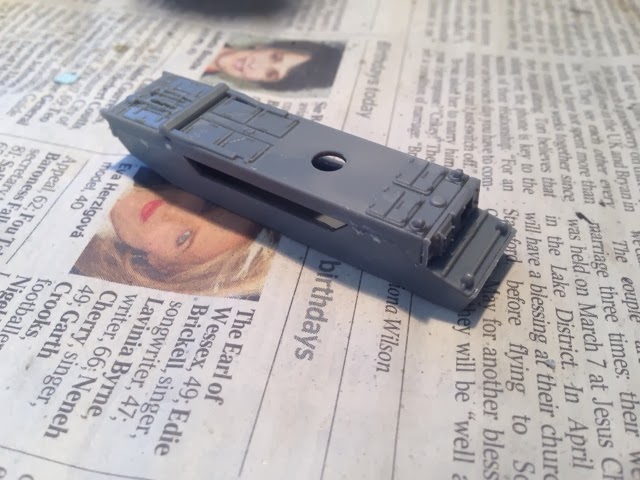 The tracks are 4
pieces, the main body is 2 pieces and the very front on all 5 had a
little bit of extra plastic flash. Ben told me how hard the Battlefront Churchills were to put together, these are a dream in comparis The
covering for the end of the tracks is a little fiddle, but fits very
well. The tracks slide nicely onto the main body with no fuss. 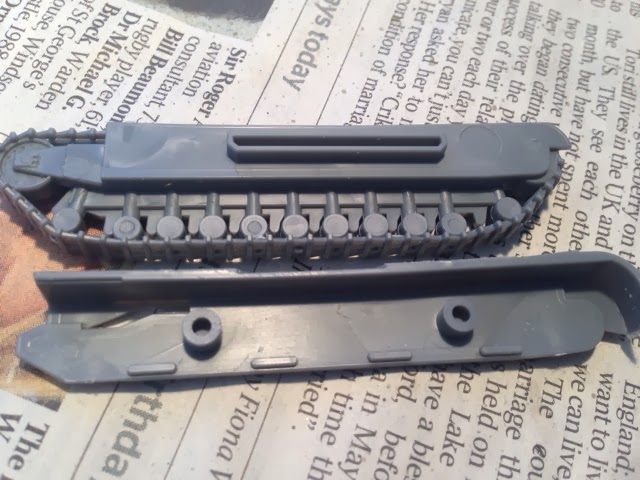 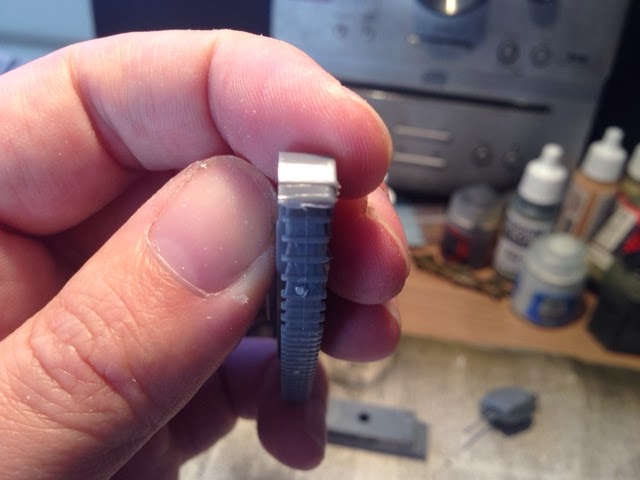 Here
is the mark 3 turret next to the mark 4. As you can see I’ve added a
closed circular hatch from an open fire Sherman, it’s a perfect match.
As mentioned these are more of a fiddle to put together, but do line up
well, – though I would say getting the petard mortar though the front
late is a wee bit of an effort. The turrets don’t need magnets as the
pop in pretty well. 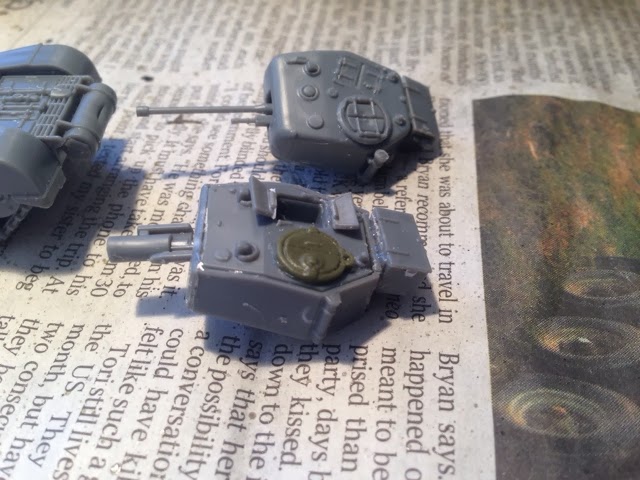 The details on the model are what
I’ve come to expect from PSC stuff in the past, it’s not super detailed
but has enough for what I want in a WW2 gaming model, it’s also pretty
robust having dropped it and it not broken. You get some extra bits of
track to add onto the hull, though I would have preferred maybe some
jerry cans or other stowage, thankfully I have some bits lying around I
can add. 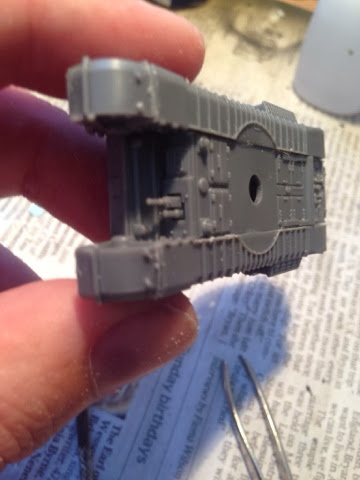 I painted it quite quickly, with just some PSC
british armour spray, before picking out some details and dipping. Then
decals (from Dom’s decals and some spare battlefront ones) and testors Dullcoat. I have to say that I
really think PSC should consider adding decals as they add so much to
the tanks. 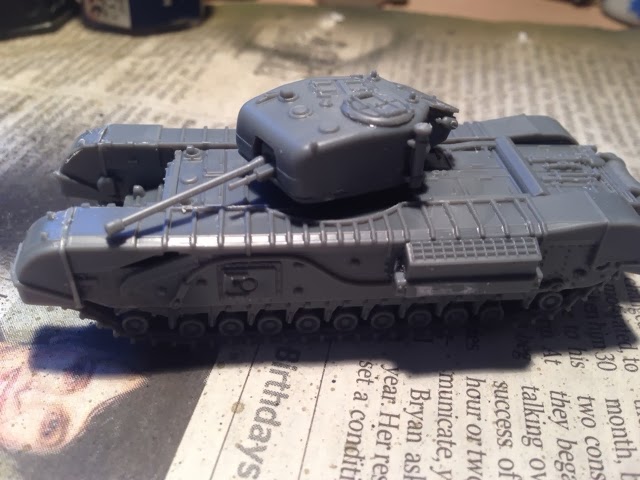 Model Quality – 5/5 details are
crisp, minimal flash, and with the option 5 variants they’re pretty damn
good. A spare small square hatch is all I ask! Oh and I still don’t
like their tank commanders! 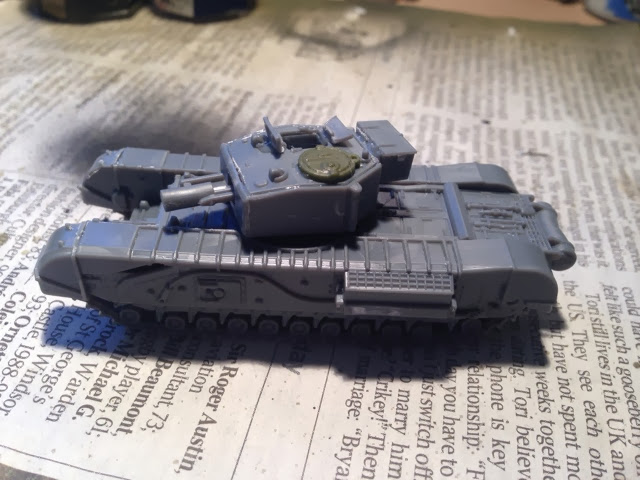 Instruction Quality 4/5 –
couple of place I think they could have improved slightly e.g when to
attach the MG and maybe a rear shot of the turret in assembly but
otherwise great. Also they do assemble very easily like the PSC stuarts,
even with trimming etc 4 of them took me an hour of so to build. 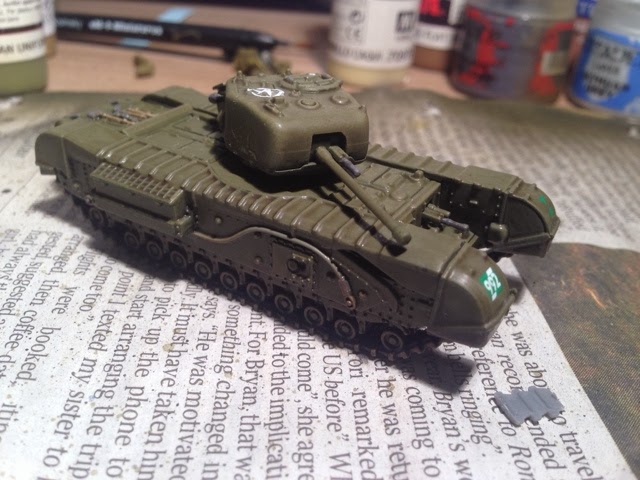 What is it missing – options
for crocs and Mk 7’s – yes I know that’s a big ask, but that would have
been so nice, maybe an upgrade box like for the Halftracks? Also Decals
would be lovely!

Anyway I hope you enjoyed this review