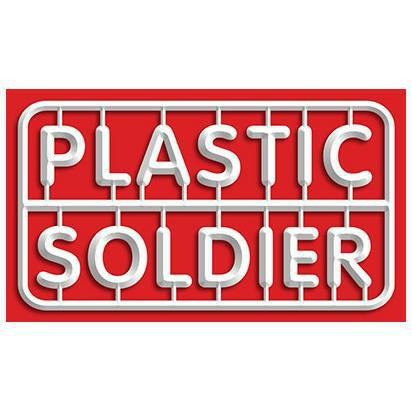 An Interview with Will of The Plastic Soldier Company

What made you and Keith think about merging Plastic Soldier Conpany and Armies Army?

Keith contacted me when we announced the forthcoming Battlegroup Northag offering his models for photos. We started chatting and discussed co operation ideas but, long story short, Keith’s “real job” commitments increased, so I acquired the Armies Army range. Keith will still be very active helping me grow the excellent Armies Army range further under the PSC flag, doing what he enjoys most and is best at – designing vehicles!

What are your plans for the armies army lines. We will see then converted to plastic?

The plan is to grow the AA line into a comprehensive 15mm Cold War range. You may see some of it converted into plastic.

How will this merger effect your current WW2 range?

Not at all! Different design teams and manufacturing. It’s not a merger, its an acquisition!

When can we expect Battle Group NORTHAG what scales are you aiming at?

What releases are planned for 2018 both WW2 and “modern”? The new resin Leopard 1A1 cast turret for the Plastic Soldier Leopard 1 hull hints at what we could see as the two lines come together.

What are you most exited about for 2018?

Will we see Swedish forces from Armies Army?

Are they going to expand their 15mm modern plastic infantry range to cover other distinct nation’s along with transport options?

Yep again! Its all designed just need to get it in production. Got a funky idea for the rotors….. Is it high up people’s wishlist? What was the 3D render of a Jolly Roger a few months ago about?

What forces will be on covered in the for cold war gone hot/ Battlegroup: NORTHAG and what timeframe?

Initially 1983. NORTHAG will be main rules and first army lists and scenarios then range of supplements – CENTAG, SOUTHAG, Northern Flank, Berlin and and Arab Israeli book. Just deciding what goes into what book.

How do you work out what to release.

Ah, that would be telling…. 😊 I’m not sure myself!

Will you be doing more crowd funded projects, if so is there a way for people to vote for them?

Yes – NORTHAG will be crowdfunded. Maybe others, I like the idea of guys voting. Not sure how it would work though.

I guess the easiest way to answer this question is: a blend of what is commercially juicy and what Battlegroup needs. Armies Army will be absorbed into the PSC brand and will become the resin/metal part of the business

Well it seems that PSC and Armies Army have a nice match together . While plastics are great for large selling products the production cost of the kooks can exclude more specific vehicles.  Armies Army can happily fill this gap with their resin range and also provide conversions for the existing plastic range such as Gepard turrets for the plastic Leo1. I am very interested to see how NORTHAG goes and to see what the 10mm stuff is like, not only for NORTHAG but for large Team Yankee engagements as well.

I wonder if successful we could see 10mm world war 2 as well?