Preparing for the tournament Part 1

Today is 30th October, it’s exactly 26 days until I attend my first ever tournament and I don’t have an army 🙁

Part of my problem is that I placed an order with Maelstrom games just before their “warehouse move”.  As a result I’ve not heard a thing from them and I’m down 8 Panzers.
Onwards and upwards as they say, fortunately Ben decided to donate me some fallschrimjager and I’ve recently come to the conclusion that flames of war loves infantry…well in my hands I can lose with any army but we’ll see.
So here’s what we have using the fallschrimpioneerkompanie pdf on the flames of war website
It’s small and it’s elite, i’ve been on the receiving end of tank assault 4 more times than I care to mention.
Small means I have less to paint, which is my main concern at present.  Here’s how that looks as I write this….bad 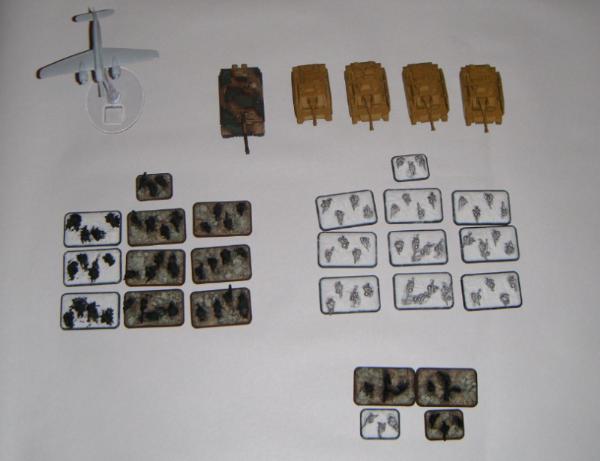 4 Basecoated Stugs, 1 mostly painted but i’m kinda unhappy with it Tiger, 1 primed plane, 1 platoon with base coated trouser and smocks, 1 unpainted platoon and the command team in various states.
Before writing this I basecoated 1st platoon’s smocks, last night I basecoated their trousers.
More to come…