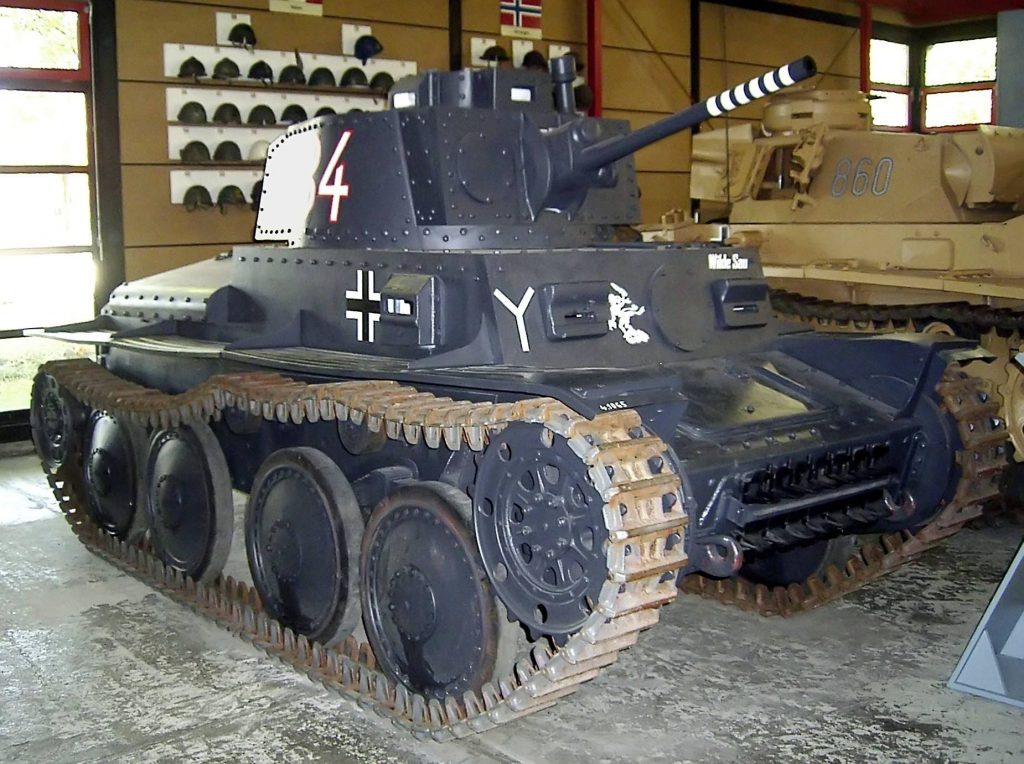 A while back I reviewed the Plastic Soldier 38t variant box. The box has enough frames to make 5 models. You can find the complete review here. After assembling and painting 4 Marders, I made a Panzer 38t and put it aside. Today is the day when the  fearsome Blitzkrieg weapon makes its debut. Here is another look at the frame that makes up the model.

And the assembled models from the kit. Apologies for the blurred pic. The Pz-38t was a Czech designed and manufactured, pre-WW2 vehicle. Some 1400 were made up until 1942 by when the vehicles armour and armament was superseded. The vehicle was fitted with a Skoda 37mm gun and 2 machine guns. From 1942, the chassis was used for different AFVs like Marders and Hetzers.

The vehicle was known for a high degree of manoeuvrability and robust construction. There are examples of units driving vehicles directly from the factory to the front line without incident and then engaging the enemy.

The Germans deployed the 38t for the invasions of Poland and France and then later the invasion of Russia. By that stage, the vehicle was no longer able to stand up to the more heavily armoured T34s and KVs.

I have an existing, albeit small company of 38Ts. These were painted in batches and are already slightly different shades of grey. Rather than try to match old colours and techniques, I simply painted this one up in my current method. One of the best things about the plastic soldier kits is they contain some stowage. I added a fuel can and a crate to this model after assembly. I undercoated it in white and brushed on some German Gray. Next I painted up the stowage in Luftwaffe Green for the fuel can and chocolate brown for the crate and tools. The tracks were hit with black. I then washed the whole model with strong tone. Next I highlighted the main colour with a mix of German Grey and a small amount of white. The crate and tools were highlighted with flat earth and the fuel can a mix of Luftwaffe Green and a tough of white. The tracks were dry brushed with brown earth. Finally I added some decals. One of my favourite MW armies was a 38T company from Eastern Front. The under powered beauties have won me more than a couple of games. In V3 this was:

The army was fast moving with all AFVs moving 12 inches or more. There was a ton of firepower to dig out infantry and just enough AT 12 and 11 and smoke to take down a tankovy. Best of all, it was fun!

I am yet to try them in V4. I will need to wait a while to run them in MW but here is a potential EW List:

Having only played 1 V4 game, I have no idea how good this force will be, but it will be fun finding out. I shall let you know how I get on.