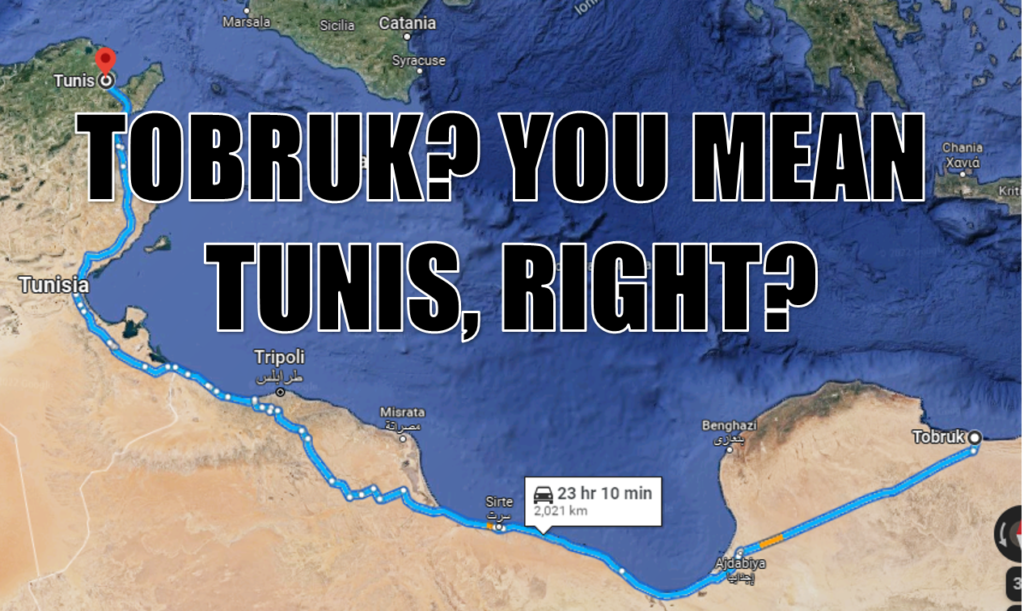 Back in March I discussed my plans for using the contents of two Tobruk boxes to form a Tunisia-era force.  Having made that plan it was time to execute it, so I spent March painting up a whole load of British tanks.  I wanted to get a useable Sherman formation (including one Crusader troop) done this month, with the balance of Crusaders following in the second  Let’s see how that went!

In October of 1942, the British issued M.E.G.O.1650 which gave new guidance on tank camouflage, superseding earlier instructions.  Tanks were to be given an all over coat of Desert Pink, followed by bold patterns of Dark Olive Green, though Black, Very dark Brown and Dark Slate were listed alternatives.  Due to shortages of Desert Pink, Light Stone could also be used.  Some tanks also had prescriptive drawing showing the patterns that should be used.

That gave some guidance for colours. I found a Vallejo paint set already existed of which I already had most the paints, I just needed “Desert Pink”.  I ordered a pot, but was becoming suspicious about how “pink” it looked in the photos…

A quick google of “3RTR Tunisia” also revealed a Star Decals set for 3RTR in October 1942.  A little earlier than the 1943 basis of the army but good enough for hobby work.

Interestingly it showed the base as Light Stone, rather than Desert Pink and, despite the MAFVA site saying that post war Light Stone (the basis for the desert paint) was different to the world war 2 one, it didn’t look terribly different.  The under-shading on the transmission cover was also interesting.

I painted up a pair of spare transmission covers as test pieces with Vallejo Model Air (VMA) “UK Light Stone” and “UK Desert Pink” roughly oversprayed over a Green Brown base to see how it looked.

At this point I was content with the Light Stone and proceeded with that.

With a scheme in mind, I set about loading the Sherman up with stowage.  I noticed that there seemed to be two recurring features in the period photos:

An annoying omission from the otherwise excellent kit was the lack of a turret stowage bin. Tank crew always complain of a lack of stowage space and always seem keen to weld a variety of additional boxes to a tank.  Shermans are rarely seen without a bin on the rear of the turret bustle.  The mid-war ones seem to be curiously curvy examples compared to the square boxes of their D-Day brethren and I suspected they were old bins from Crusaders.

To remedy this, I cut up the stowage bin from unused Crusader turrets and made a test fit but the bin looked far too long.

I shaved off the shovel and cut the bin down in length to roughly match the bustle.  That looked better so I rebuilt the now missing end with green stuff and called it good.

The Crusaders were more straightforward and it was just a case of mounting stowage on them.  I generally stowed up the tanks as I painted them by troops so that I could avoid repetition of stowage.

I used Vallejo Surface Primer (VSP) Green Brown to prime the models and provide a base coat for the following modulation.  I also primed the crews in the same colour too whilst the 0.50 were primed VSP Black still on the sprues.

Next I applied VMA UK Light Stone, thinned a little and with a drop of Flow Improver, in a “modulation” approach.  I followed the contours of the curved hull, leaving Green Brown showing at the base of the sides and edges of panels.

I then switched to VMA Aged White to add a highlight, again thinning it slightly and applying it on the topmost parts of the curved hull, driver hatches and centres of panels.

Next I broke out the masking putty and set about masking off most the model except the regions that were going to be painted green.  I then applied VMA Panzer Olive Green.

I then masked off all but the barrel underside and transmission cover and sprayed on VMA Aged White, followed by a highlight of VMA White.

Using transfers, I added the squadron markings to the turret side and rear; a red (3RTR was the senior regiment of 8th Armoured Brigade) square (B squadron). The Crusader troop reccievd triangles for A squadron. I then hand painted the arm of service (white 40 on a red background) and 10th Armoured Division symbol of a red fox mask on a black background.

The desert is a harsh environment and paint can be quickly worn by the dust and racks thrown up by the tracks and on the crew’s boots.  I used a sponge to add chips of Vallejo Model Colour (VMC) Buff  filling in the centres of the larger “chips” with VMC Black Grey for the metal underneath.

The stowage was painted much as my previous German force.

Wooden crates and tool handles were painted by applying Citadel Contrast Snakebite Leather over the Green Brown base which gave a very good wood effect with little effort.

Tarps and bedrolls were generally Khaki: Green Brown or Brown Violet base, then Khaki, then Stone Grey, all VMC.

Ammo Tins, Jerry Cans and Flimsies were painted either desert camo or “service colour”; VMC Olive Drab followed by VMC Brown Violet highlights. Some Jerry Cans were painted as captured German examples by painting them VMC German Grey with a Citadel Wash Nuln Oil wash and VMC London Grey highlights. A white cross was painted on to denote use for water.

Much like my Gulf War Brits, the tracks were painted by simply washing them in Citdael wash Agrax Earthshade and Nuln Oil after picking the tyres of the roadwheels and Sherman rubber track pads out in VMC Black Grey.

With everything painted, I broke out the MIG Brown for Dark Yellow filter and applied it over the camouflaged and light stone areas of the model,  As ever, the effect is subtle but I felt that it tied the modulation together, especially on the curve of the hull.

I applied gloss varnish to the stowage parts that were made of white metal.  I then picked out the engine deck and crew hatches in Agrax Earthshade Gloss to give some extra definition.  The gloss versions of the Citadel washes work far better for pinwashing than then matt versions.

Finally, I gave the models a drybrush of Iraqi Sand, concentrating on the tracks, rear of the lower hull and flat surfaces where sand would build up.  I then added the crew and .50 cals and gave a final coat of vallejo Mecha Matt varnish through the airbrush.

Twelve tanks in a month is pretty good going, especially for me.  The inclusion of a Crusader II/III platoon helps get a formation with at least four units in it.  Fielded as is, that gives:

Scout tanks reflects the change in tactics by 1943 to reflect a more cautious approach to using the Crusader and the emphasis on the 6pdr MkIII as a gun tank.  That gives me ten points left.  Realistically, I’d likely have a two tank HQ which lets me field:

Still a strong formation.  The understrength infantry (8th Armoured Brigade was attached to the New Zealand division for the “left hook” advance into Tunisia) can look after an objective and the Carriers can give me a Spearhead.  The Kittyhawks are a “rule of cool” inclusion based purely off this paragraph from Taming the Panzers.

New Zealanders, 75mm smoke and Kittyhawks?  What’s not to love?  I best get some painted!

Talking of painting, this leaves one Sherman troop plus the Crusader HQ Troop and two II/III troops to paint.  The intention was to do them in April, but things have conspired to distract me…