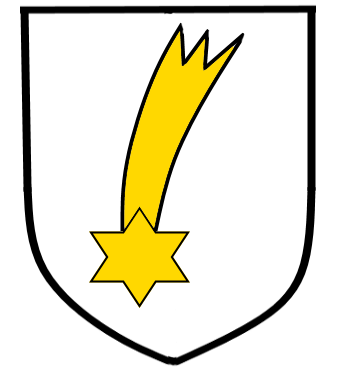 With the release of the new Mid-War Paratroop book for the Axis and Allied forces, my wandering wargaming magpie eye has been working its way back to looking at the Italian peninsula.  There is something very evocative about the Italian Campaign and the addition of the Fallschrimjagers mean that I can now look at including these elite infantry formations into the proverbial mix.

One of the iconic struggles in the Italian Campaign is the landings at Anzio and the German response to this bold flanking attempt starting with Operation Shingle in January 1944 and lasting all the way through to June 1944 and the Allied advance on the Eternal City.

The plan of deploying the US VI Corps by amphibious landing was conceived, initially by Churchill, and would see the US troops land into the marshy, reclaimed land area of the Pontine Fields; an area surrounded by the sea on one side and mountains on the other. The notion was that this flanking manoeuvre would, by bypassing all the German troops in Central Italy, force Field Marshal Kesselring to pull troops out of the Gustav Line to address this new threat to Rome.

The initial landings went well and were largely unopposed barring the odd Luftwaffe strafing run. However, rather than driving inland and the earliest possible moment the US Commander Major General Lucian K. Truscott, Jr. instead poured more men and material into the Anzio beachhead strengthening his defences.

Although the landings did come as a surprise, Kesselring had made contingency plans to deal with possible landings at a variety of likely locations. His initial response was Operation Richard and the deployment of a Kampfgruppe of 4th Parachute Division and the Hermann Göring Panzer Division to defend the roads leading from Anzio and buy the German time to respond fully.

By the end of January, there were now 69,000 Allied troops in and around Anzio but their attacks at the end of the month were bloodily repulsed. By the start of February German troops of 14th Army, under Generaloberst Eberhard von Mackensen numbered around 100,000 in 2 Army Corps; 1st Fallschirm Corps and 76th Panzer Corps.

The Imperial War Museum has a fantastic article if you want to read something that covers the Anzio fighting in an easily digestible way: Anzio – The Invasion that Almost Failed.

This is where we can bring in our Flames of War forces to the tabletop and look at using the new “Death from Above” Mid-War to recreate the defenders of the Anzio beachhead.

Doing some digging around I found a breakdown of the units in the 1st Fallschirm Corps and it makes for very interesting reading:

It’s an eclectic mixture of troops, as you might expect from a hurridly formed response to a daring move behind the heavily defended positions in Central Italy but it gives us some interesting options for creating forces for our Flames of War games.

So, basing our forces around the Fallchirmjager Company in “Death from Above” we start with the men from 10th Fallschirmjager Regiment:

This gives us a very solid formation of Fearless Fallschirmjager with excellent anti-infantry capabilities. I’ve deliberately chosen to exclude the option for the 2.8 cm sPzB 41 leFl 41 as I feel by 1944 with the lack of available tungsten for ammunition and the general obsolescence of the 2.8cm round that I can discount them from use in my list. I did find some evidence of use up until 1944 in West Europe but nothing in Italy but feel free to include them if you want to.

To back up this infantry shredding potential I’ve chosen to include some beefy anti-tank in support. I love the look of the Hornisse and having 3 in the list from 525th Schwere Panzerjäger Battalion as Corp assigned support brings the hammer of AT 17 to the list.

The 5cm guns are from 4th Fallschirm Panzerjäger Battalion; I could have chosen the bigger PAK 40 guns but found an image of the PAK 38 in action in Italy and they do look really cool. The idea of throwing whatever anti-tank assets available into action really resonated with me so I opted for these over the bigger 7.5cm guns.

Finally, I included some 2cm static AA guns. I don’t really hold out much hope of them causing Allied aircraft too many issues but as deterrents to recce or as essentially more HMGs I think that they could be handy to have.

In terms of Command Cards I actually included a few this time – which is very unlike me. The most important ones I think are the Panzer-Knackers. As your big Fallschirmjager platoons have no integral AT having these and using them on the right turn of combat could swing a combat or deter armour from pouncing on them with no consequences.

The inclusion of the 10.5cm Mortar card gives us some more heavy-hitting punch to our artillery arm and I had some spare points left over so thought it was a good idea to give them a boost.

So that’s a brief sprint through creating a thematic force for Italy based around the new Mid-War Fallschirmjager forces – I love looking at forces like this where our table-top gaming mingles in the estuary of history.

Next time I might have to look at the infamous Monte Cassino… but that will have to wait until next time.