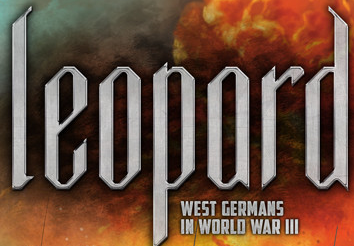 Welcome to the first day of Breakthrough Assaults coverage of the first Team Yankee add on book, Leopard. Today we are going to take a look at the unit cards for the West German infantry and artillery. We are not going to review the units here, we have a big book review in the works for that, but we will point out a few stats we think are interesting as we go through the preview posts.

First up we have the Panzergrenadiers HQ. The big take away here seems to be the stats for Morale and Remounting of 2+. West Germans seem to have very good motivation compared to the US. This makes sense as they are defending their home land, where as the US are not.

The Panzergrenadier Zug looks quite similar to the US version, but again with slightly better moral. One thing I can’t quite shake with how similar the Germans look to their WW2 counterparts. The Marder Transport gives the NATO forces something along the same lines as the Soviet BMPs. The M109G is something we have seen before for the US and doesn’t look too different. The LARS rockets look awesome! I will have to use these in my West German army even if they suck! (not saying they do, but man they look cool).

The M113 Panzermorser is basically the same as the US version. So there you go the infantry and artillery units for Leopard. On Wednesday we will take a look at the Tanks and Recce options for Team Yankee.

Thanks and until next time