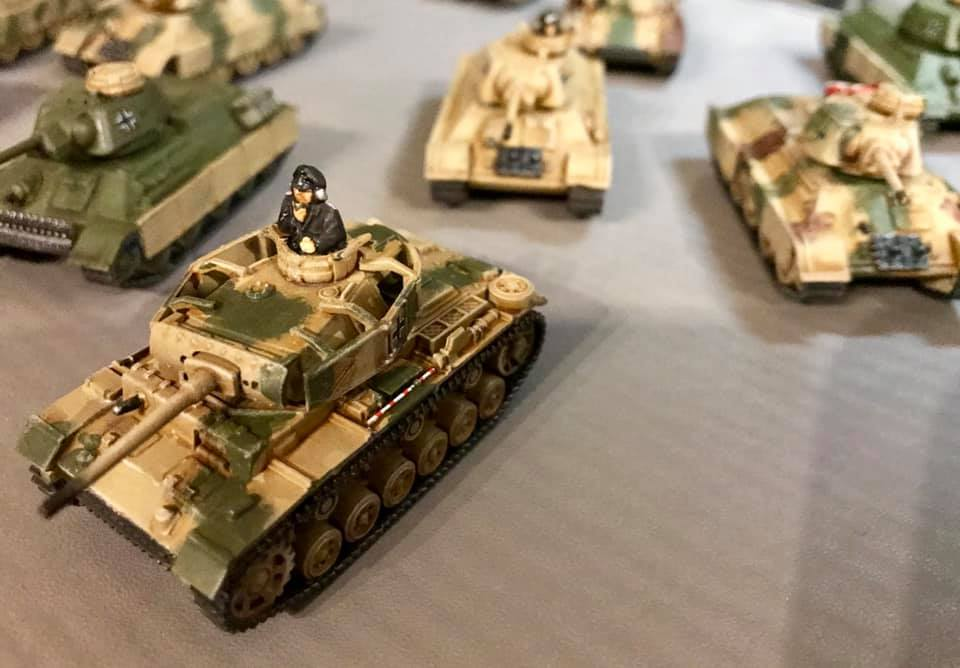 Napoleon built his campaigns of iron and when one piece broke the whole structure collapsed. I made my campaigns using rope, and if a piece broke I tied a knot

Arthur Wellesley, The Duke of Wellington

I’m as amazed as you are that I am writing an article based on having played some games but it has happened – Das Reich’s T-34s have hit the table… and it was a mess. The armoured train wreck of my performances that has led me to review and really look at my list, how I have been using it and changing things around. It’s time to tighten the list and evolve it.

First thing I did was panic.
I’d poured my love and time and effort into getting together my captured T-34s and frankly, they were rubbish. In my first game against Eddie, I killed 2 Shermans before being wiped out and in my first game against Martin, I lost at the end of his turn 2 with not a single Soviet biting the dust.

It was a sad fact that eBay was beckoning. But then I spoke to my opponents. It’s amazing what you can learn from good players and how they approach your force. Both Martin and Eddie were able to calm me down and critically look at the force that I had pulled together on paper in the harsh light of actually playing some games.

The first thing I went over was the no radically changing what I had in the list but the way in which those forces were structured. We all identified that the Panzer IV (Late 7.5cm) – from now on referred to as the Panzer IV G – was wasted in the platoon of T-34s.

The Panzer IV G wants to sit, relatively, still using it’s superior range, AT and Firepower ratings to pick off high value targets. The T-34s do not have the raw punching power to support this and want to get forward and threaten your opponent with their impressive dash values. The combination of these two, disparate, requirements leaves you with a unit that doesn’t really maximise the benefits of either tank.

By simply moving the Panzer IV G into the Company HQ Platoon we no only give the T-34s the freedom to aggressively threaten your opponent – really get up in their grill and make themselves a right pain – you also unlock the potential of the Panzer IV G.

In the HQ the Panzer IV now becomes immune to Unit Last Stand Checks so 100% has to be dealt with by your opponent. It also gives you a handy Panzer III (Late 5cm) – from now on referred to as a Panzer III N – to bounce hits off onto utilising the Mistaken Target rule. That Panzer III N is more than competent at dealing with enemy armoured cars or fast-moving assets looking to exploit your rear areas as well as giving you plenty of MGs to strip assaulting or redeploying infantry.

This is a prime example why you never, EVER, just bin a list. Small, subtle tweaks can make an astounding difference – I’ve only played once with the Panzer IV G in the HQ but the way it can impose itself across the table makes me extremely hopeful that this is the way forward.

This is more radical than just thinking about what you have, and how you are using it, it’s time to actually make some alterations in composition.

Firstly, in the same vein as never binning a list completely, never, EVER, change tonnes of stuff and expect to see an instantaneous change in fortunes. You need to make small changes and constantly assess what the impact of that change is. For me this is dropping a single T-34 – admittedly making my formation weaker – but freeing up points to add the additional support that the beleaguered T-34s need.

I know that this list looks awfully fragile, but I’m afraid that is part of the joy of playing a proper German force. In addition of some basic Grenadiers give you something to cover your own objectives with or to help counter coming across large urban areas that your tanks simply can’t deal with.

Next up you do have some flexibility. I would definitely include one platoon of SdKfz 221/222 but do you include two? That is something to test out. Other options include a 2.8cm AT Rifle for the Grenadiers or maybe even some Panzerknackers, an HMG for the Grenadiers or even an Observer Panzer II. This is some of the fine tuning that every list needs to go through.

The final point is playing these changes.
Every game you play, every scenario and every terrain layout sharpens your appreciation and understanding of the tools you have in your list – no list can deal with everything you must know what the hard limits of your force are.

I need to play more with this before making a qualitative assessment – my gut feels like the T-34 is just a bit pricey. I think it’s also important to play in theatre – the experience playing Eddie’s US forces was extremely different from that of Martin’s historically accurate Soviets so make sure that you explore a variety of opposition before dismissing something from your army.

I’m not the world’s greatest player but sharing ideas with your friends and opponents gives you a real insight into your own choices and ultimately improves your ability, not only with that force but overall.

Until next time keep rolling those dice.
– Dunc