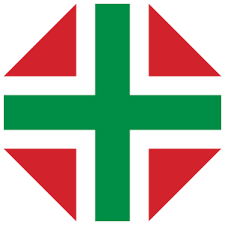 We’ve already seen what Late War has in store for the most favoured of all the Axis powers – but what does the Mid War period hold for them? Let’s have a look, shall we?

From the very onset of Operation Barbarosa, Hungary was an active participant in the fighting on the Eastern Front against the seemingly endless men and material of the Red Army. Admiral Horthy, the de facto leader of Hungary during WW2,  initially wanted to keep Hungarian involvement in the ongoing fighting to a minimum but after a frank exchange of opinion between Berlin and Budapest, 220,000 Hungarians were committed to the area occupied by the German Army Group South – only around 12,000 would survive the vicious fighting of 1942 and early 1943 after which Hungarian units would not see serious combat again until 1944.

Aside from the more standard special rules (a contradiction in terms that may be) the Hungarians have a couple of rules that will come up on occasion:

A handy, if situational, special rule that gives your mobile units another speed boost should they need it.

Bearing in mind that even the T-38 is Front Armour 4 you will need to be careful that your army fairly reflects the way you want to play if you are, like many, using the stance matrix to determine missions. You do not want to end up with 90% of your force in reserves rather than only 40%.

Much like its Late War cousin, the Mid War formations available give a
Hungarian commander plenty of choices. You can bring to the tabletop:

This gives you compatible formation options as the Germans in Iron Cross with the additional options of the Autocannon Company and Huszar Squadron.

With up to 4 front line platoons of up to five T-38s (or 38t if you prefer) you can bring a herd of light AT6 tanks which in Mid War which is not as terrible as it might first sound. The option to include a heavier hitting Panzer III or IV platoon in the formation is also extremely handy allowing you to add either the long 5cm or short 7.5cm armed Panzer III or the short or the long 7.5cm Panzer IV.

You will also see that you can include a Toldi platoon within the formation; in this incarnation you only get access to the 2cm armed version so it is on par with a Panzer II in that regard. Beware though, in that it is only Front Armour 1, rather than 3 for the Panzer II, but does boast a marginally faster dash speed at the cost of only a Cross 4+, which seems a hard sell for only a reduction of 1 point over its light German counterpart.

There is a national rule that means you are unable to take more than one Panzer IV formation – I didn’t include it at the start of this article as with the Mid War points for the Panzer IV you are going to have to be playing a pretty big game indeed for it to matter.

Do you like the Panzer IV? If you do then this is the formation for you as that is pretty much all you get so it is already less flexible than its German equivalent. This theme is continued when you look at the individual platoons.

You can only have a maximum of 3 Panzer IV tanks per platoon, rather than the 4 of the Germans, which in itself is not a problem per se, however, they are 3pts more than the equivalent German formation.

Now, before the internet melts, there is a good reason for this, and the fact that the upgrade to the long 7.5cm is only an additional 2pts rather than 4pts; that reason is AT9. That is right, the short 7.5cm for the Hungarians is AT9 rather than AT7 for the Germans.

Now, I have no idea what historically might be the proof point (the only thing I can think of is that it is the later HEAT round that was used by the Panzer III N was also used by the Hungarians on the short PzIV) for this increase but it does make things very interesting. Being only Trained is a bit of an issue but is certainly an interesting take on the short-barreled 7.5cm.

The Nimrod wins my award for my favourite name of any vehicle, of any nation during the whole of WW2 so this formation is just full of win.

However, despite having an awesome name platoons of lightly armoured 40mm armed self-propelled AA has its limitations.

I think that this is a brilliant, if brittle, second formation in an armour-centric Hungarian army – the whole formation is only 14pts! Just don’t get carried away with AT7. Also, because it is a “black box” unit in a formation you can include a platoon of two in your army as a support option – there are worse ambush units than a small footprint AT7 gun with Rate of Fire 3.

The Motorised Rifle Company is not as small as the name might suggest – up to 10 stands of Rifle/MG teams with the option to include an additional HMG, 50mm mortar and 20mm AT Rifle teams. That’s pretty chunky!

As you can imagine from their stats they are not the most expensive units, but far from being awful. They seem on par with the German Panzergrenadier platoon; the option to have nearly double the number of stands mitigating the Panzergrenadiers MG teams rather than Rifle/MG

The support units in the formation will be familiar to most players being 81mm mortars, HMGs and the anti-tank gun which is essentially a PAK36.

As you can see from their stats, the value in these troops will be their bulk on a defensive footing. Up to 10 Rifle teams with the option for 3 additional stands of HMG, 50mm mortar and 20mm anti-tank rifle makes for a sizeable platoon again – all for the less than princely sum of 8 points.

The Rifle Company also allows you to bring two 7/31M HMG platoons of 3 stands each, combined with 81mm mortars means you can put some hurt on attacking infantry.

An interesting inclusion in the Rifle Company is the 80mm Regimental Gun Platoon. Yes, it is only two guns. Yes, it is as Green as a sprout. But they bring some AT8, Firepower 3+ bang to the formation and can easily be integrated into those big Rifle Platoons.

Oooh shiny! That’s right the Cavalry formation is back and it comes will all of the rules… including Cavalry Heavy Weapons!

The Huszar Troops themselves are essentially fast-moving (Dash speed not Tactical speed) Rifle/MG teams. The trade-off here is an additional 3 teams plus the option to include 20mm anti-tank rifle and 50mm mortar vs. this additional speed.

The other cool option available to the Huszar Squadron is the 75mm Gun Battery.

The Skoda 7.5 cm Gebirgskanone M. 15 reprinted here gives you some nice support to the fast-moving cavalry troops – albeit a little on the pricey side. The option for direct and indirect smoke is really nice even if the direct fire AT is a little lacking.

In amongst the various support options, there will be some familiar faces to any German commander – the PAK40, Marders, 10.5cm Howitzers and Stukas but there are also some unique Hungarian options too.

The Csaba gives you some cheap access to Spearhead for your Hungarian troops – for the same cost as the mixed SdKfz 221/222 for the Germans, you get three 2cm armed armoured cars.

40mm Bofors guns – look familiar British players? I love the Bofors and, as a Mid War Hungarian player, you should too. The Rate of Fire 3 combined with AT7 is universally useful. There are issues mind you;  a maximum platoon size of 2 is less than ideal (read as “a bit rubbish”), being a large gun somewhat limits your ambushing options but I still think you take these all day every day and twice on Sunday.

Having a viable, cost-effective option to the top dog PAK40 is very welcome indeed. You do drop three points of AT over the PAK40 here but you do save around a third of the points to make up for it. In Mid War AT9 is useful against all but the most thick-skinned armoured opponent and having that option gives you alternatives and more choice is always better than less.

Want some tasty artillery support? The 100mm Artillery Battery gives you some cheap indirect punch and is a significant saving on the 10.5cm Howitzer Battery and is yet again another handy source of smoke.

More variety in Mid War is frankly awesome – even if it is variations on a theme with the Axis! There are plenty of indigenous Hungarian tanks, armoured vehicles and support as well as the return of an Axis cavalry formation with some interesting support.

Unlike the Late Hungarians where the inclusion of the Zyrini II felt like it dominated the book because of how robust it was, this Mid War iteration of the Hungarians feels a bit more in equilibrium with itself – and with its German peers. Even things like the Panzer IV, where there is a discernible difference, come with a need to evaluate that benefit, or sometimes penalty,  versus the benefits you gain or points you must pay. All in all, it feels a very rounded and a most welcome addition to the Mid War landscape.