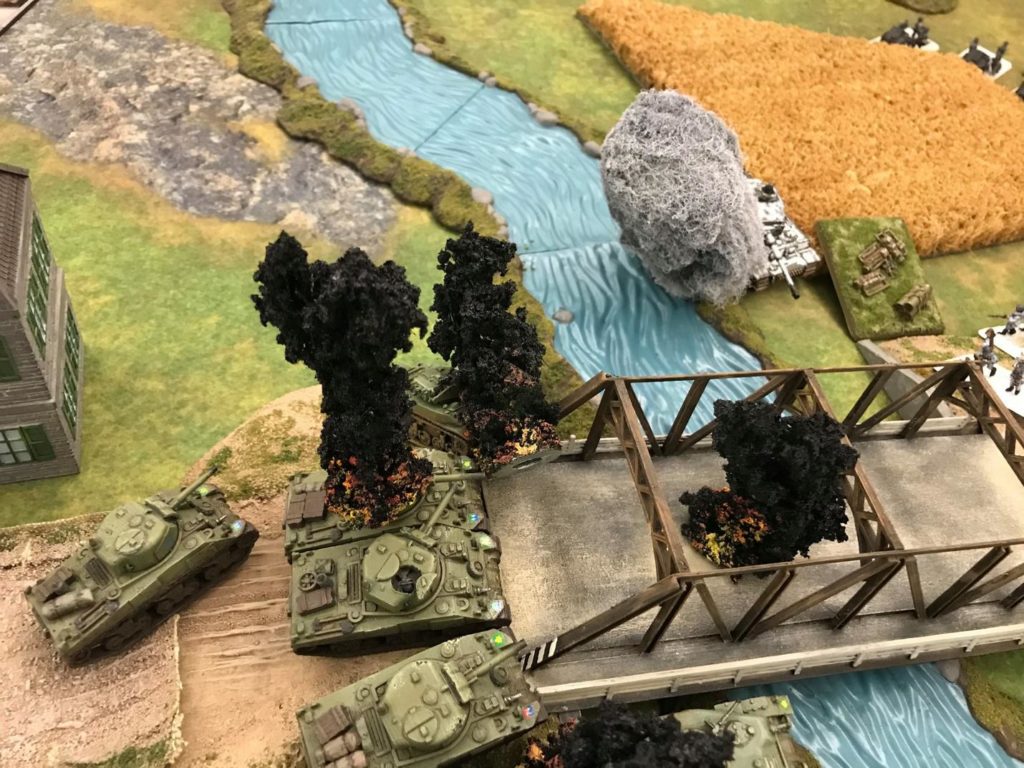 How to become a heavy smoker

Using smoke effectively is one of those next-level skills, like fully exploiting the potential of movement orders and the careful planning, and use, of reserves.
Smoke is, of course, used to impede the enemy’s shooting by providing concealment or by blocking line of sight entirely. That’s what we’ll mostly talk about, naturally. But smoke has another important general use. In Flames of War, as in real war, you want your enemy reacting to your initiative and not the other way around. Smoke, as you will see, can be used to force your enemy to react to you, to limit their options and compel them to make difficult decisions.

Before we go any further, let’s be clear that this article is not an explanation of the rules regarding smoke. It is a discussion of various tactical uses of smoke. So, if you are relatively new to using smoke, to get the most out of our suggestions, we suggest that you first review the rules about direct fire smoke (p. 65) and smoke bombardments (p. 71).

Well, that’s it for now. We hope you find these ideas useful, and that they will help you to make better and more frequent tactical use of smoke in your games. To use smoke effectively, you need to choose your target and your moment well, which takes practice. Try incorporating one or two of these ideas in your next game and see how it goes. Then try a few more. Before long you’ll be smoking like a pro.

Did we miss anything? Let us know what you think in the comments below.

Thanks again to Jim and Brent for the article!