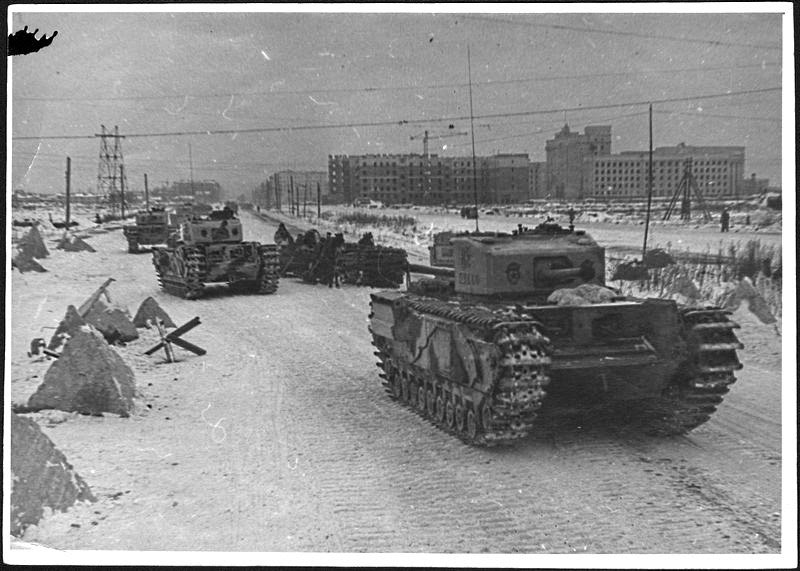 Friends, British, Americans, Lend Me Your Tanks! – Part One

I don’t know why but for some reason I have always loved Lend Lease tanks in soviet service.
It might be the colour it adds a lot to the overall look; the Khaki Grey with soviet slogans on the side or the US Olive Drab with a giant red star.
Maybe it’s the confused look of your opponents seeing Lees and Stuart’s and expecting a US army only to see Soviet infantry on the table.
It could also be the history behind it, how the Soviet soldiers saw the tanks they acquired through Lend Lease so differently from their Western Allies; Soviet tankies for example didn’t think the Sherman was more likely to catch fire than another tank (though this might been more to do with soviet construction methods, that’s a joke please don’t put me on a list Putin).

Add some iconic battle photos with Churchill’s, Sherman’s, etc and I have always had a bit of a soft spot for the lend lease kit. But, funnily enough, I have never really painted up much lend lease stuff for any of the soviet armies I have collected. Well, as you might tell from the title of this post, that’s all about to change.

My goal of these posts is to track my collection through Mid War and Late War as I add more and more to my soviet forces, mostly lend lease but some Soviet support options where it can’t be avoided. I will try and do a little research and add some fun historically facts I find (that I’m sure at least one person in the comments will disagree/prove me wrong about but it’ll be fun at least). Of course I will also play some games (remember what that is?) with hopefully some Battle Reports on the way.

My first project is to paint up my seventeen Churchill for both Late War and Mid War. Why the Churchill first? It’s one of my favourite tanks to look at in WW2 and it’s a tank that suits my play style. I like to take a few risks so having something with good armour to bounce a few shots is never a bad thing. Also I have 17 sitting in my pile of shame so let’s change that.

The Late War list is pretty simple to start with (a simple list for a simple player), a core of seventeen Churchill’s split into four combat platoons of four tanks and the battalion commander. The Churchill is a solid if not amazing tank by late war. The front armour of eight is in that sort of odd area where it’ll be good enough versus medium tanks (Sherman’s, Panzer IVs, etc) but probably isn’t good enough against some of the bigger tanks that are popular in the era. But, when it’s only 13 points for four, I think that’s a good trade off.
The gun is also good enough; Tigers, IS-2s and the like aren’t going to worry unless you flank them, and even then they are probably safe, but most other tanks need to be careful as the number of shots can be brutal.

Next up I throw in some BA-64s for recce, a hero company of Shock rifles, upgraded to Naval infantry as my ones are painted as naval infantry and give them some RPG-6 anti-tank grenades, mostly as I had a spare point at the end.
The infantry’s role is primarily to fish out other infantry in woods, hold objectives or just screen the Churchill’s and be annoying.

The last platoon are the mighty IS-2s [first article and we’ve already broken the “no soviet kit unless it can’t be avoided rule – Lee].
While not lend lease, I feel I need the added fire power and, let’s be honest, they look pretty cool! Now my first list will have four, but I have a second option where I drop them down to three, remove the RPG-6 card and instead add in some 122mm artillery and an observer. I figure this might be a slightly better options as it’s more of a combined arms appropriate and I probably don’t need the RPG-6 card when I have twenty odd tanks on the table, but I do worry it’ll leave me a little light on higher end AT.
Anyway I’m going to paint all my IS-2s at the same time so this way I get playing quicker.

That brings me to 100pts and I think a pretty solid list. I have tanks and infantry to assault infantry off objectives. I have enough shots to deal with horde lists and it’ll take a bit of a kicking before running away. Plus seventeen Churchill’s should look pretty cool and intimidating on the table.

For Mid War I don’t have too many options. Once you take ten Churchill’s; one HQ and then three companies of three Churchill’s, you only have a spare 10 points [plus no friends – Lee].
I wanted some recce, so three BA-10s, left me with 8 points.
Now the option is infantry or artillery.  Artillery gives me some pinning options, the infantry gives me numbers and I can protect the tanks. I’m going to start with the infantry as, well, they are painted, but could easily easily swap in some Katyusha at some point.

That’s the list. Not much to it but ten Churchill’s in mid war is pretty tough until they hit a Tiger and then well… it’ll be a quick game at least.

That’s mostly it for now. My mind is already looking at what to paint up next. My current ideas is either an Armoured Recce company (I do love M3 Scouts) or go into Mid War properly with M3 Lees and M3 Stuart’s and do a proper horde list. The Armoured Recce is the club house leader but we’ll see what I’m in the mood for once I have painted the Churchill’s.