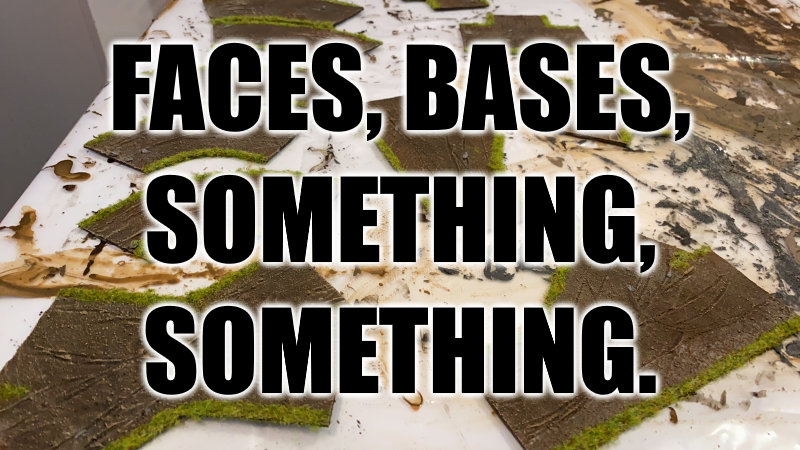 One of the many things that make our hobby so much fun is all the possibilities for letting your creativity run loose. I recently had the possibility to play a game of FOW in the real world, which is a rare thing nowadays. My friend that invited me had made some wonderful bocage for his gaming table but hadn’t had the time to acquire or make some roads, so I saw a chance to put some ideas into practice. There are many good tutorials out there on how to make your own roads for wargaming, but here is how I do it.

What do you need?

For the base of my roads, I use some granulated rubber mats used originally as an underlay for parquet-floors. This will provide a good flexible base that can conform to the terrain that the roads are placed on such as hills and depressions on the table. Other good materials can be cloth or something similar.

Since the roads have to fit together in a lot of different ways, it is easiest to make some templates of the shapes you want them to be. I chose to make 8 different shapes. Straight, 90 degrees turn, Y-junction, T-junction, X-junction, soft bend, sharp bend and crossroad. All of them 5.5cm wide which is a little smaller than BF’s roads, but I think this represents the size of roads seen in Europe in the 40’s a little better.

After cutting out the templates from a piece of paper, I marked them in on the rubber mat and cut them out using a sharp hobby knife, while being REALLY careful as to not cut myself. While I was at it, I made sure to cut enough to have for another set of roads that will be cobblestone and shown in the next DIY article.

Now it’s time to add some structure to the roads so they do not look too flat and uninteresting. For this purpose, I use some cheap builders-caulk and some cheap acrylic paint.

I mix the white caulk with some brown to get a good colour that won’t show too much if the road starts chipping under the heavy wear of wargaming and I also add some PVA-glue to the mix just to be on the safe side.

Then it’s just a question of spreading the mix onto the bases and making some lines in the wet surface to give the impression of wheel-marks on the road. I also add some sand along the middle of the road.

After letting the caulk dry for a couple of hours it’s time to get some paint on them. First up I paint them in a semi-dark brown that has been watered down a little to make sure it flows nice and easy into the cracks.

Again after a couple of hours, I hit the roads with a wash of black and dark brown to add some definition to the rocks, sand and wheel markings.

Once again I wait for an hour or two, but this can be significantly shortened by using a hairdryer just like you could do in the 2 previous steps.

Now it’s time for some good old dry-brushing. This I do in two steps. First a reddish-brown and then a very light yellow/sandy colour.

The last painting step is to pick out the rocks with some grey and the drybrush them with some white.

Finally I add a little flock on the edges to add some colour and make them blend in with most gaming tables.

And there you have it. Highly flexible wargaming roads. You can of course mix and match the colours on your roads to fit the setting of your wargaming campaign or battle. If you play in North Africa you should pick some lighter and more yellowish colours and if you play in the winter months near Stalingrad in 1942, some dark brown and white will most likely do the trick.

All in all, this took around 4 hours of work with an equal amount of drying time in between. Next time I will look at how to do some simple cobblestone roads. Until then, stay safe and let your hobby mojo go wild.