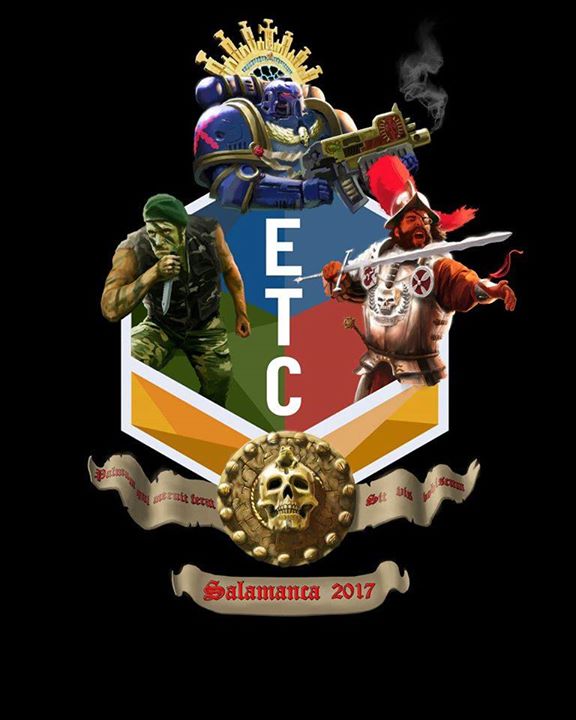 So, ETC 2017 is over !
It was once again a great event, well run, and it’s time to debrief in details with you our experience of Team France 2017.

First of all, let’s say that our preparation this year was far from being the greatest ever : we weren’t there in 2016 (Athens), had 2 newcomers in the Team (Loic and Sebastian), didn’t do much preparation games or tournaments together, and each one of us got complicated real lifes this year !
I believe the term “underdogs” is more than appropriate to describe what we were in this competition …

However, we’ve been participated to the ETC event for years, so we are accustomed in what this tournament is, and how it is when you are “in it”.
We even managed to make a “qualification tournament” to compose our team amongst the French FoW Community volunteers.

Our Captain’s goals, set before the tournament, where quite smart and cautious to be honest :

We knew we didn’t have the preparation, training, or even skill as other prestigious nations, yet we will do our best to appear respectable.
We came to Salamanca with the following :

We have worked seriously in thinking through the meta-game and the pairing process, very important things in ETC (which is a TEAM event, and not an individual one).  It may have been better for sure, but it functioned correctly during the event granting interesting match ups, and, on 36 games, none that were lost before they begun. Round 1 – Switzerland in “Pincer”

It was great to start the competition with the Swiss; we know them for years, we come to their events as well as them coming to ours. Good friends, we haven’t met in ETC since 2012 (draw 3/3). Team Switzerland fielded:

What a start !
Sweeping away Seb’s tears  (so to speak), we head to the next round with a weight out of our shoulders. No, we are not THAT rusted.

Round 2 – Greece in “Encounter”

Looking at the board, we were surprised to find we were 2nd and facing the “Sons of Leonidas”… old rivals again.  They beat us in 2012 handily, but we got our revenge in 2014.  Now is the time for the third round !

We know they had two lists that were painful to us (Tank 1 and Mech 1), so we decided to play ” team work “; two of our players are going to be “sacrificed” to take out these lists, and the others make the points.

Well done Team France !
We have 9 points after 2 rounds only, half the points requested by the Captain.  Not bad ! After a night that will stay in the history of Team France ETC (everybody bedding at 10:30 PM), came the 2nd Day.  We knew from experience this is the most terrible day.  A hard one.
And it will be…

Round 3 – Wales in “Breakthrough”

Well, we know this should happen.  We take on Wales, perhaps the worst meta-game for us this year, and we know the guys well from the UK circuit.  Adorable chaps, but they are not only painters; they play good as well.  Team Wales [hopefully we’ll have an AAR from them soon – Breakthrough Assault] fielded:

Damn, that was close, but we end up with the 3 points and a better goal average.  Could have been better, could have been worst, happy about the result nonetheless.  Meanwhile, the big teams scored fast and hard.  Surprisingly enough, at mid-course, we are not badly ranked at all!  Next round is going to be important to see if we can have a shot to the podium …

Damn ! Another British team [and therefore also covered in our previous “ETC Home Nations” article – Ed], and we know England came this year to claim the title. They prepared strongly for the event and they know what they want.  England fielded:

From ETC 2015, we learned very valuable tactics from our Polish opponents, and we decide to apply it to mitigate wins/losses.
On paper, it works OK, yet the future will say otherwise…

This round’s results are so hard. Scoring 0 in an ETC round is mean, and we know we could have done better. Not necessarily win it, England was better than us, but at least get those 2 points out…
Morale is bad as the team realise the title is unlikely with this game.
Fortunately, Captain Seb is here to make us happy again.
We have 12 points, the podium is still an option (and here you see all the magic of ETC : you come not to be ridiculous, to be Top 10, blah blah blah… but when you are IN the event, you want to give it all. All you can to clinch a good result… that’s the best event in the world …)

The final day is here.  The previous day left us a feeling of undone, we wanted to be back with a better spirit and a better resolve.

So we got Ireland. Interesting, I predicted that Ireland would be on the podium at the start of the competition; good meta, good players, constant climb on the ranking since 2013.  Besides, we have had a little “rivalry” for years, yet never had the chance to play each other in ETC.
Ireland fielded:

Well, normally, in such situation, the word is “careful”, or as we say in South of France “mefi”.  But we are not in South of France and we are burning inside from our Round 4 defeat.  Time to get on the field with such a high energy…

Well done Ireland, psychology is part of this game; you played this one well.

Rookie mistake is bad, but we still end up with 4 points taken and 2 given, against an opponent  for the podium, so that’s not bad at all.
Motivation was very high on this round and it helped.  For the rest, I will just say… “justice is done !”

So we are 5th after our game against Ireland.  The title is not claimable, but the other podium steps are playable; we had a good goal average, and we need to win 4/2 against our next opponent, which will be a direct opponent to the podium.  Australia, USA, or Russia?  Drum rolls… and it’s the USA.

I think this round will stay in Team France ETC history as the most frustrating one we ever had.  We know they are very good players, yet we had the motivation and we end up having pairs ups that not only preserve our armies from hard battles, but also put them in favourable positions … yet it went wrong.

Most difficult defeat to swallow in 5 ETC.

Sure, we would appreciate if all players would have scored at least 3 Wins each, but you know how ETC is : it’s a hard competition, with a very high level of skills from the best players coming from all over the world ! So you would say “but you didn’t come here for a podium” or “you were not expecting such high ranking” or” those are the Americans, they are great players”… and you will probably be right.
But that’s the magic of ETC : you are involved in the event, taken by it, you want to give everything you can not to let your team mates down, and to make your country proud.

That’s the game, and we can only learn from our mistakes and move forward.
It has been a wonderful event, thanks to the Team and all the players we had the pleasure to met.

Thank you Team Switzerland, Team Greece, Team Wales, Team England, Team Ireland, Team USA.
It’s been a pleasure, and I hope you had a good time with us.

See you in Zagreb !