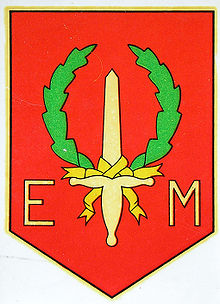 With the impending latest iteration of WWIII; Team Yankee on the horizon I’ve been looking at creating some diversity in my forces. I’ve got tonnes of T-72s and BMPs for the Warsaw Pact forces that are looming on the fringes of eastern Germany so I’ve been looking for something a bit different to oppose them in the NATO arsenal.

And what could be more different than the Dutch?

Whilst not the largest member of NATO in the 1980s the Netherlands was prepared to join the other NATO nations in holding back the Warsaw Pact with all of its armed forces; the issue was as a relatively small nation those forces reflected that small population.

In the event of the Cold War going hot the main focus of the Netherlands, as a member of NATO, was to help in defence of West Europe and primarily West Germany and Norway. Their main contribution to this was the 1st Netherlands Corps stationed in West Germany as part of NORTHAG (Northern Army Group), and their marines which would be committed to the defence of Scandinavia.

In the event of war, in the most favourable conditions, the Dutch would have three full divisions deployed in West Germany, the 1st, 4th, and 5th:

There would also be other units, like the 101 Infantry Brigade, whose role would be to secure the rear areas behind the front line.

In relative terms, though this was aspirational.  A large proportion of this fighting power would not be ready to go from hour one and would need to be mustered. Not only that but the Dutch would need around 48 hours to reach its positions in the NORTHTAG lines!

Clogging up the Warsaw Pact

So, now we understand a bit more about the deployment of the Dutch in the Team Yankee era we can look at pulling them together on the tabletop.

I love starting with a historical formation and pulling it into the Battlefront world and even more than that I love cool names of units…  1e Divisie “7 December”. That’s cool.

Named after the date of the speech of Queen Wilhelmina of the Netherlands gave in London on 7 December 1942 the 1e Divisie “7 December” (Mechanized) was headquartered in Arnhem during this period and was made up of some fantastically named formations that just scream to be deployed on the 6 x 4 of battle.

Additional Units to the 1e Divisie:

The 1e Divisie “7 December” (Mechanized) was formed of the following units:

As you can see this gives us plenty of scope and information about this wonderful unit – I’m going to focus on getting the 12e Pantserinfanteriebrigade ready to play.

So, the first thing I added was the recce from 102nd Reconnaissance Battalion “Huzaren van Boreel”. This is a super cheap formation that can be used to get your units forward if the game allows, and then scoot away and hide or harass softer targets.

Next up is the Leopard 1 tanks from 101st Pantser Battalion “Regiment Huzaren Prins Alexander”. These tanks are nowhere near the cutting edge of the NATO spearhead but are still very handy assets to have. AT19 is solid, if not spectacular, and again they are well pointed and the cost of them means that even as a NATO player you can get a decent number of hulls on the table to start thinning down those blasted T-55s, T-64s and T-72s.

Next is the real staying power (I’m trying to be ironic here as this really is the fighting formation that needs to hang in there!) in the list the members of 13th Pantserinfanterie Battalion “Garde Fusiliers Princess Irene”.

9-stand units aren’t massive but are still chunky enough to do a job and with a full complement of M72 LAW, Carl Gustavs and M47 Dragon missiles they can hold their own against armour. My concern is getting pounded into dust by a sustained Warsaw Pack artillery park and/or getting swamped by hordes of angry infantry.

Integral mortars and the YPR-765 PRAT with its Hammerhead TOW missile bolster the formation and killing power and the Leopard 1 peloton adds more high AT into the mix. If left unharassed the YPR-765 transports can put down 6 dice each of anti-personal fire so I’ll need to keep them as close to the infantry as possible and also operational for as long as possible.

Finally rounding out my 100pts is some support from the West Germans to the south of the Dutch positions in the form of a full-strength flight of Tornados and also the M109s from 14th Field Artillery Battalion (Reserve).

I know that this isn’t exactly the Gucci kit that you can normally include from a NATO force perspective but I am genuinely surprised at the amount of kit that you can get in your list for 100pts. Yes, it is Skill 4+, Courage 4+; Yes, it only has FA9 as the highest in the force and the 3 PRTL peloton is going to be hard-pressed if someone brings a HIND and Frogfoot list… actually I might have a play and try and include the Stingers too… but it is all decent kit and all well costed.

I’m not sure when the Leopard 2 entered service for the Dutch but that might be an option for the future and would allow you to customise your force for your games offering you something completely different to what we have already included. Even if the Dutch aren’t packing the best NATO tank in WW3 in the list you can pack the best gaming snack and be content.

So until the Swedes join the fray, I’m very happy to pop some wonderfully named Dutch on the battlefield and do my part to halt the thrust of the Warsaw Pact towards the Low Countries.