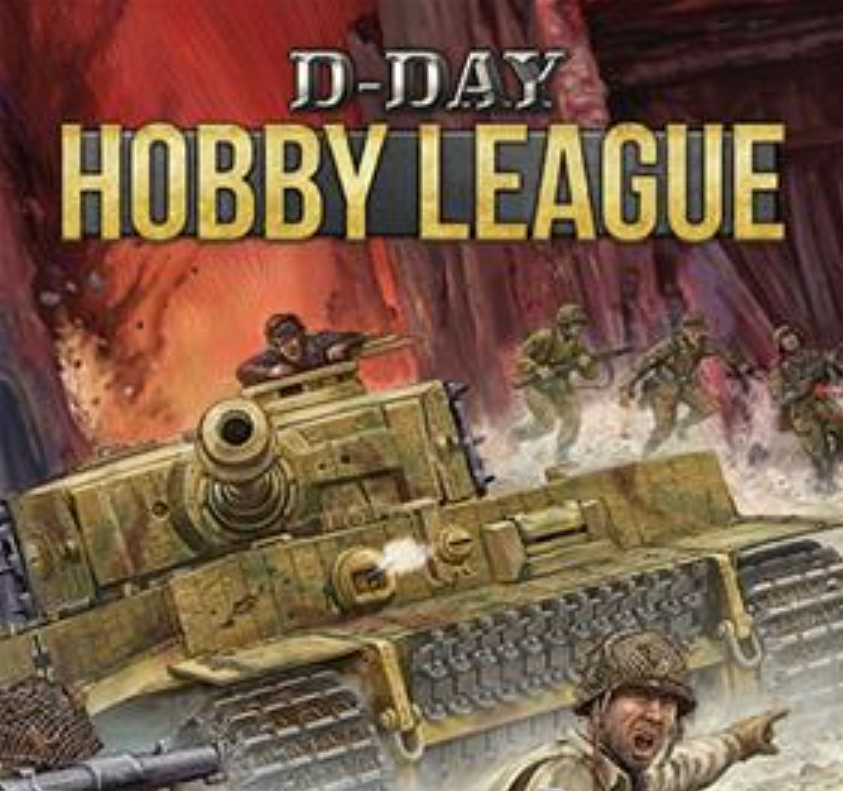 Martin brings us an update on how he has got on with participating in the D-Day Hobby League and the thinking and tactics behind his force.

I started out in the D-Day Hobby League back in July with the aim of building a new 100 point Soviet Heavy Tank army.  Now, this isn’t really D-Day fore, but having painted a D-Day American and German army for the Battlefront Open Day this year, I simply didn’t fancy doing any more of them for a while!  On the other hand, Soviets would stand me in good stead for unleashing Operation Bagration against the huns, ready to prevent the hitlerites redeploying forces from the Eastern Front to counter the allied landings.

I started out by designing a 100 point list and then looked at how to break it down into the three chunks of 50, 75 and 100 points for each of the three monthly targets.  This made me think heavily about how I would be able to play with the forces at each stage of the build up, which in turn would direct my painting schedule and how I would complete the challenge.

It’s fairly obvious that my first 50 points needed to contain a formation which would act as my basic building block for the two future expansions.

On careful examination of the two heavy tank lists, I came to realise I could go either all Soviets with KV-1s and KV-1 tanks, or with Lend-lease Churchill tanks with maybe some Soviet KV-1s mixed in. The later could give me some variety in modelling and painting, plus a bit more anti-tank capability with the Churchills AT 10 gun, but I would lose some anti-infantry and gun team capability.
After a bit of reading around the Guards Churchill units in action, I decided I would go with them. Quite a lot of the time these units would have their losses replaced with KV-1s tanks rather than seeing the units merged together, as was common practice to make up for losses in the all KV-1s equipped units.  Replacements were only delivered sporadically thanks to the difficulties of shipping equipment to Russia either directly via the Arctic convoys or the safer but slower route via the Persian Gulf.

It’s a pretty basic list which would require just 15 tanks to be painted and importantly was just three boxes of models to buy. Tactically its a simple army to play with and would adopt the ‘Attack’ battle plan. The well armoured and moderately dangerous Churchills would drive forward against the enemy, whilst the impressively fast KV-1s would look to get round a flank and roll up the enemy position.  The KV-1s would also neatly fulfil any reserves requirement if I was unlucky enough to get them.

This was the tricky bit of the list to design and make in the four week window and I didn’t want to risk leaving the units in this part to the final month.

In battle the Heavy tanks were backed up by  troops of the Rifle Divisions to mop up whatever was left and hold the newly liberated ground so, I looked at how to include them and, with the limited remaining points after the tanks, the best option considering the time frame to paint them was just as a support platoon. Again to add visual variety I would make these as a Naval Rifle Battalion, again adding variation to my painting schedule. To keep the the painting levels manageable I went with a Hero option for these.

Note I generally find it easier to motivate myself to finish stuff  if it isn’t all the same hence my desire to have units in a range of colour schemes for this.

I would also need something to soften up the defences with. In the end I decided on a unit of SU-76 which could deliver a preliminary bombardment and then act as as a mobile armoured reserve supporting the Heavy tanks if they got bogged down, or to protect the infantry with direct fire.
I considered a Katyusha unit here as well but with the lack of anything other than a bombardment option and the big template, coupled with the 6″ ‘danger close’ distance, they didn’t suite my aggressive playing style and, more limiting in this build, they offered no secondary use role.

These two units came in at exactly 25 points. Just two units to paint didn’t seem too difficult but as it turned out the infantry took me almost all of the four weeks to do; I was glad I went with a hero option!

The list now has a bit more flexibility than the initial build, but tactically it plays fairly similarly. The addition of the infantry and artillery components allows me to better breakdown defences before sending in my tanks and even to defend fairly effectively when required, opening up more of the Battle Plans options to me and allowing for some gaming variety.
My opponents would have to think a bit more carefully about what they did as my force now wasn’t just all about attacking, I can hold ground and defend now as well! Sadly due to the time it took to get the infantry painted I only got one game in this month!

My final component was another support option with a unit of SU-85 tank killers to provide some powerful, for Soviets, anti-tank capability versus any German Panthers and Tigers I might face.  This is something my list had struggled with up to this point with only flank shots offering me any hope against the big cats; I hadn’t killed one so far!.

I made a modelling decision with these to build them as the late war 85M varient. This was produced as an interim variant using the 85mm gun from the original SU-85 coupled with the new hull for the SU-100 design which were still awaiting their new guns. With only four models this month to do  I finally had some time to get in a few games (more on those on our facebook feed).

The eagle eyed amongst you will have noticed that my SU-76 unit has got bigger in month 3; I had painted an extra tank in the previous month but due to my core formation being 52 points I couldn’t fit it in the 75 point list.

My general game plan hasn’t really changed overly much from where I started with this list, the difference is I now have the SU-85 unit to threaten my opponents armoured forces much more from range thanks to their AT 12 and Careful ratings. I will keep these away from the enemy in concealing terrain as much as possible, their FA 5 wont stop too much so I will be relying on firing first and not getting hit back to keep them going. These also provide me a powerful ambushing option as well when I get the opportunity. Finally my opponent can’t ignore them if they have armour this will also help to keep the casualties down on my heavy tanks as they close on the objective.

My SU-76 unit is up to full strength giving me re-rolls to hit with my early game bombardment as well.

Overall the force feels pretty rounded but is maybe a bit weak if I end up with delayed reserves and lacks a spearhead unit which could be helpful in some scenarios. Spearheading wasn’t really what these formations were designed to do or really did looking at their historical engagements and this is why I left them out in my list design, after all its pretty hard to sneak up with a very big 40+ ton tank.

So now my D-Day Hobby League force is finished, I’ve played a few games and I’m ready for the global campaign.