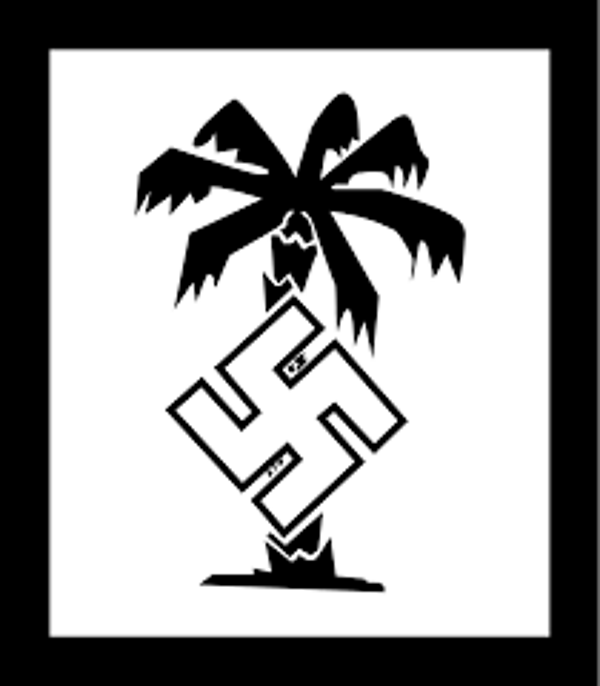 Today, Duncan looks at the putting together a v4 list from the new Afrika Korps book for Mid War. Which way will I go with my first v4 MW list?

In the beginning there was DAK

I’ve been pondering for a while now the best way to go about constructing a new list for Mid War based on the shiny new Afrika Korps book. I think as with all new things there is going to be a steep learning curve and with a change in the rule set AND with the list themselves I foresee a lot of play-testing lists in my immediate future.

Looking back at v3 I think the general rule of thumb for any list was:

What the DAK needs

So in the light of the Mid War v4 rules let’s look at each of those points in turn and see how v4 has changed the thought process around list construction.

A biggie up first and the most central change is you get one smoke barrage per battery per game. ONE. No more unlimited barrages of smokiness to mask units you get a single barrage that basically blocks line of sight (LOS) to anything over 6” away from the smoke. This, in my humble opinion makes smoke simultaneously better and worse. Better as it completely obscures units making redeploying forces or getting forward quickly much easier, worse for the obvious reason that you only get it once.

Hard choices and lots of thought are going to have to go into smoke barrages now – when to use them? Do I need more than one artillery unit? (Bearing in mind that 2 x batteries of 10.5cm howitzers are around 25%-30% of your total army) Are they worth having at all?

2.      A source of templates and indirect pinning

The other side of the artillery coin we have templates and pinning. I think that this is still as important as always and with the changes to artillery – being ranged in before turn 1, making infantry and gun teams re-roll saves if already ranged in and better firepower – means that I think artillery is now the go to for not just pinning units but actually digging them out of entrenchments.

In a nutshell – artillery. If my maths is correct an infantry stand on succeeds on a 3+ save rerolling successes 45% of the time! Auto-killing infantry with heavy calibre direct fire is now a thing of the past – they just force infantry to re-roll saves the same as ranged in artillery, so why risk sticking your neck out?

Poor old recon. With the ability to remove gone to ground and mitigate ambushes disappeared the roll of recce troops has dramatically changed. The ability to spearhead is nice and they are cheap but I think the days of the 1+ recce unit may be behind us. That being said though it will very much depend on what you want from your force and also bang for your buck because they are so cheap.

Nothing has changed here at all. The increase of gun saves to 3+ is nice but is offset by the rate of fire now dropping to a maximum of 2 for decent AT. This means you will need to be super careful in considering how you tackle armour in volume now.

With the change to reinforcements min/max-ing points in platoons and including a sketchy unarmoured platoon of AA in your force just to get to a nice round number are gone.

The final thing to consider in MW is the infancy of the lists and the units available and the skew that this currently puts on formations. For example in the two currently released army books have a predominance of armoured formations; Desert Rats – 75% of formations are amour and Afrika Korps – 66% of formations are armoured. Given that weighting of the six points we have discussed I think that 5. A reliable source of AT (at the moment) is probably the most critical.

Out of the frying pan

Enough of this theory-dojo-ness let’s get into it and build our 100pts list – and hopefully then test it in the crucible of a game!

My first thought in compiling a list is – “How do I mitigate losing?” Sounds negative doesn’t it?  But I don’t mean it to be at all. The ‘win criteria’ in Flames of War is, most of the time, wrapped around the taking and holding of objectives – I can’t win if I can’t do either of those things and so to avoid losing I must be able to deny my opponent my objectives. The 90th Light infantry was unique in the Wermacht.

So based on that I am going to start with an infantry company formation from the 90th Light:

That is the basic requirement for an infantry company and clocks in at a very reasonable 16pts (17pts with the addition of an HMG). Infantry is not just the static, objective holders in v4 that it kind of became in v3 – with a move of 8” and the additional movement orders and much less of a penalty to the dash moves as opposed to “double timing” infantry can now be a much more offensive tool if needs be but a platoon size of five makes them super fragile if they are exposed to concentrated fire. I managed to squeeze in a single HMG to one platoon as I had a point left over to boost their size a tiny bit.

For 24pts you can get access to 12 AT9 4+ Firepower shots at a range of 28”. This is your reliable AT factor and should go through Crusaders and Honeys like a hot knife through the proverbial butter. But, and it’s a big-ish but, Grants will still be problematic. At long range the Grants could be a stubborn nut to crack so to counter that I’m going to be adding THE big hitter of AT guns, the iconic acht-acht:

One gun seems weak but, on paper at least, I think that this a strong platoon. It won’t take a Last Stand test as there is no other teams in the unit to force it to do so and at a range of 40” you can leave it to snipe away quite merrily by itself. The ’88’ AA platoon does not come from your formation either so it doesn’t affect the parent formations for the purposes of good spirits which is also a nice boon.

The final support choice that I’m going to take for this formation is a platoon of Sd Kfz 221 & 222s:

This is a cheap unit that will allow me to get my AT guns exactly where I want them by extending my deployment zone using the Spearhead rule. For 2pts you really can’t complain and the high rate of fire on the Sd Kfz 222 means that your opponent really can’t let you just park up and start pummelling his softer targets or unsupported infantry platoons.

At this point I will discuss my artillery options or rather lack of them. At the moment with the bulk of the available Desert Rats formations being armoured I think that buying artillery could be a bit of a waste of points – at the moment! As soon as the infantry companies for the British are published then I foresee a great need for some indirect fire support and in that regard I will be looking at my 15cm (sf) Lorraine Schleppers to do the heavy lifting. With an indirect Firepower of 2+ I think that these guns will decimate any infantry and/or guns you can get them zeroed in on.

With a healthy chunk of points left I’m going to add a second formation, this time armoured, to my fighting force. To me the Panzer III formation is the more flexible of the two available armoured forces so I opted for the basic formation as follows:

All of these platoons come from the Panzer III core formation so it hopefully gives them a bit of staying power. The Panzer II platoon again gives me access to Spearhead troops and for 2pts each they are a nice little annoyance unit again. The plan is for the HQ to hang around with the Panzer III platoon and either give them covering fire as they move up or add some extra punch to their 5cm (short) guns. Finally the Panzer IV platoon has a hybrid role in this force; it can either provide the indirect pinning template that I am missing elsewhere in the list, some direct fire smoke if required or for taking on Crusaders/Honeys and unsupported infantry. It’s a bit of a Swiss army knife.

I’m still a little concerned with the lack of mobile high AT and in the future I will need to work out a way of getting some proper artillery into the list but at the moment I’m quite content with the way everything has panned out.

I’ll hopefully be putting my money where my mouth is a testing this list against the mighty 7th Armoured in the near future so look out for an AAR to see whether I’m more Napoleon Dynamite or Napoleon Bonaparte.