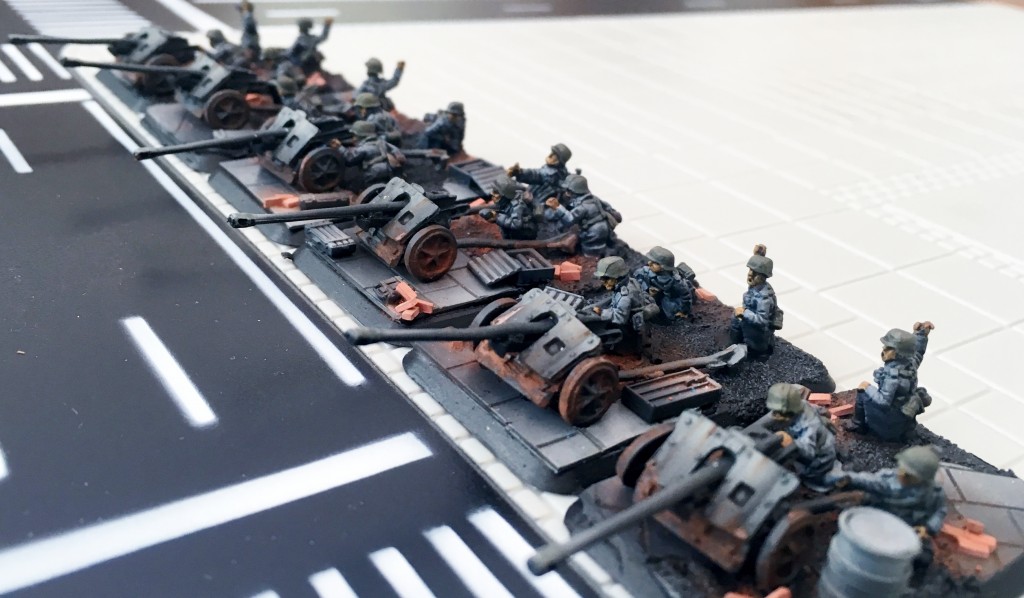 Today, Coxer looks at the early war anti-tank gun options for the Germans.

So welcome again to my tales in Early Wae German army building.  This time, it’s the PaK 36 and 38.  In my head, both of these have very different roles, but both are integral to a decent German infantry army! First off is the PaK 36.  Now, whilst the infantry are from Battlefront (seriously, at some point I’m going to be happy with regular out of the box Germans, and not greatcoats/winter – though it does have a theme) the guns themselves are from PSC.  They are lovely little kits and, if anyone is after mortars, HMG’s etc, you really cant go wrong with these; they are great quality and decently priced too!

The PaK 36 I view as very much a bit like the 6Pdr in my British LW list; it is there as a deterrent to most tanks assaulting the infantry, whilst also being able to put the hurt on most light tanks which my opponent may bring to the table. The Pak 38’s are Battlefront; I picked up both packs from Ebay (they were gerbilhunters).  Now, these are more like 17Pdr’s; they really are there to offensively hurt my opponent and to make them suffer.  With 3 shots at AT9 they are a real pain for anyone, and will keep the Matilda/T-34/Char B all playing nice.  Conversely they are a target as well.