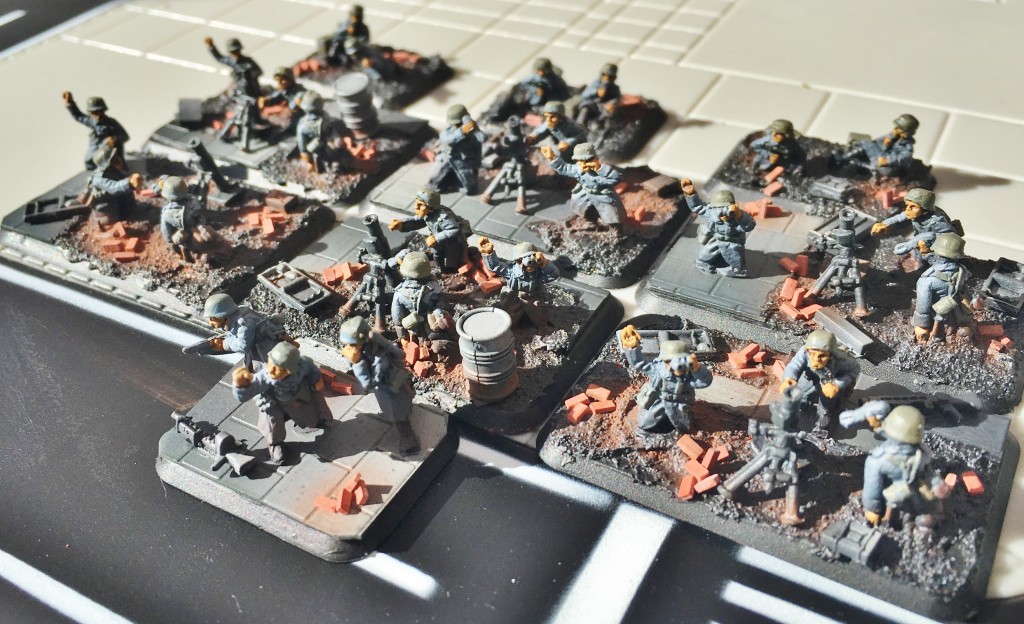 Today, Coxer continues with his Confessions.  This time we look at the humble medium mortar.

Every so often I paint up a unit and just think to myself – not you again! In many ways, the mortar sum this up perfectly; I’ve done them for my Late War Germans, my British, my Finnish, and I got so bored just reviewing them for my French that I wrote a whole article on them. So, what do I have to say about them for my Early War (EW) Germans? Well, not much to be honest; I think my previous article on the use of mortars really says it all.  I have not developed any more great in depth tactical ideas, other that in EW I am a really big fan now of using mortars to take out gun teams in direct fire and utilise something else to actually drop smoke – such as my heavy mortars! I painted the mortars (and my Pak 36/38 – a future post) all together.  The reason for this, as I moaned in a previous post, is that gun teams require switching from infantry to tank painting styles, and, whilst it helped in that regard, it negatively impacted my feeling I was getting anywhere with completing units. For the actual painting of the infantry, I again used the same method as previous, albeit with a couple of changes.  Firstly,  didn’t bother with some of the smaller highlights as I felt before that they got lost in the final effect. By and large, that paid off as it saved time with no noticeable drawback until I took the photos and I noticed the faces looked flat.  The next lot will get a highlight there before the wash to add a little definition. The other big change from the heavy mortars (and I then did to the heavy mortars) was adding crates etc to the bases, I felt they were lacking when I did the heavy mortars, and just a few scattered around the place breaks up the bases a little more and I think again ties them into the tanks better. I also used my ‘games and gears’ dropzone battle board, as I thought it looked better with the urban basing i’m doing than my rural one (even if the roads look rubbish) Well, that’s it.  Not much more to add other than it’s now onto the anti tank guns, though with baby Coxer imminent that may be some time away…