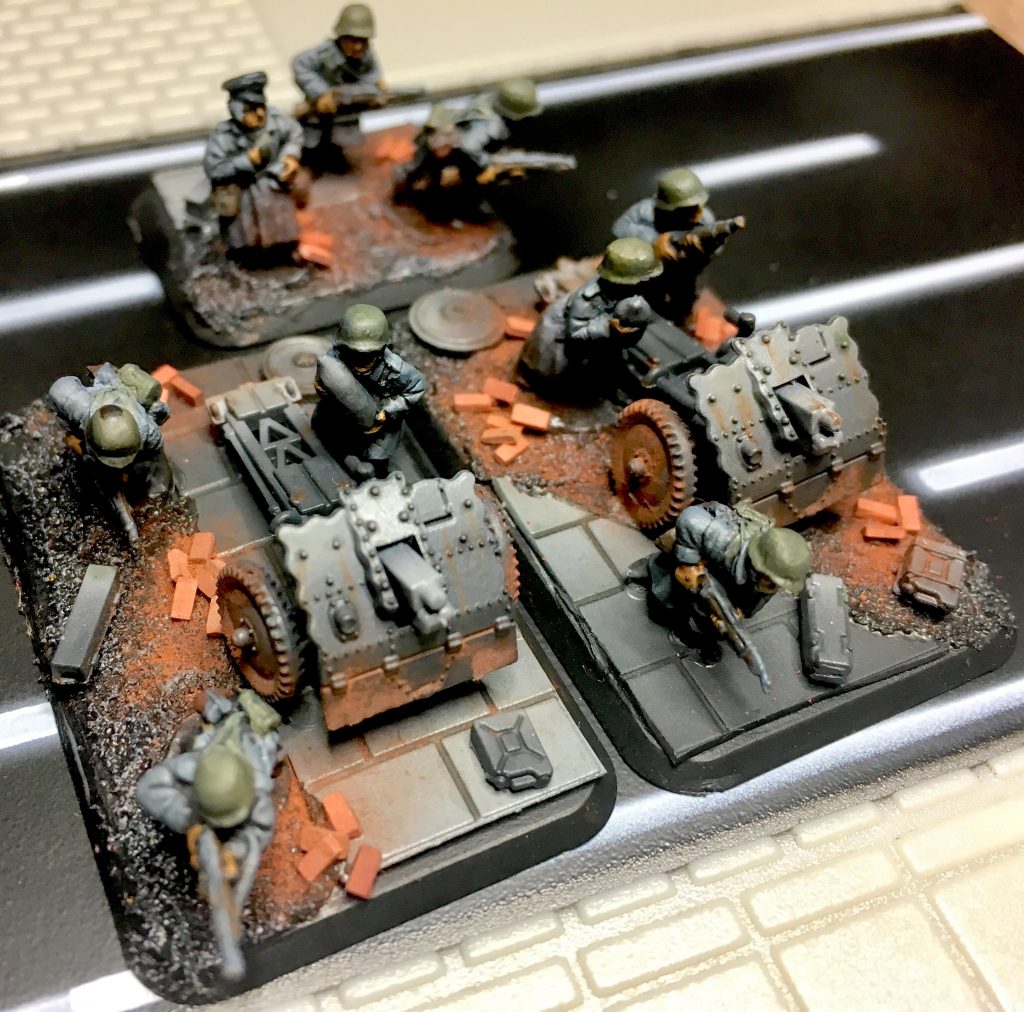 Confessions of a sinner – artillery

Today Coxer takes a look at his medium calibre artillery for his early war Germans. Incoming!

So this is the most niche units I think I may have ever painted here! And that’s saying something with kleinpanzers and Landsverk AA under my belt. The artillery is the 7.5 FK18 – it’s very reminiscent stats wise of the Finnish 76 K/02 – with a AT3 FP6+ bombardment, and RoF 2 AT8 FP3+ direct, but with ‘horse artillery’ rule allowing for it to unlimber and shoot in the same turn! Really helpful for keeping the force on the attack or alternatively direct and bombardment smoke to conceal an assault or stop return fire! The model is the Italian 75/27, I was pleasantly surprised to order 4 of these from battlefront and for them to all arrive within a week! The crew are the greatcoat artillery crew – good clean sculpts, with decent variability in pose. I painted it all as before so won’t go into detail. Next are the 7.5cm leIG18 infantry gun. These are from the PSC German early war heavy weapons box.

In the list they are a ‘filler unit’, but they have some utility. RoF 2, AT5 FP3+ is not bad vs light armoured cars etc, and good for digging out infantry.  They also have the ‘horse artillery’ rule as well so can support the assault. They also get direct smoke as a little bonus (though, with a short range of 16 inches, it’s hard to use well IMHO) and in a pinch can try to pin the enemy with an AT3, FP6+ bombardment. I only did three crew per base, as I just felt four looked too cluttered so kept the extras off the bases. So there you have it my final EW German units! Thanks for reading!