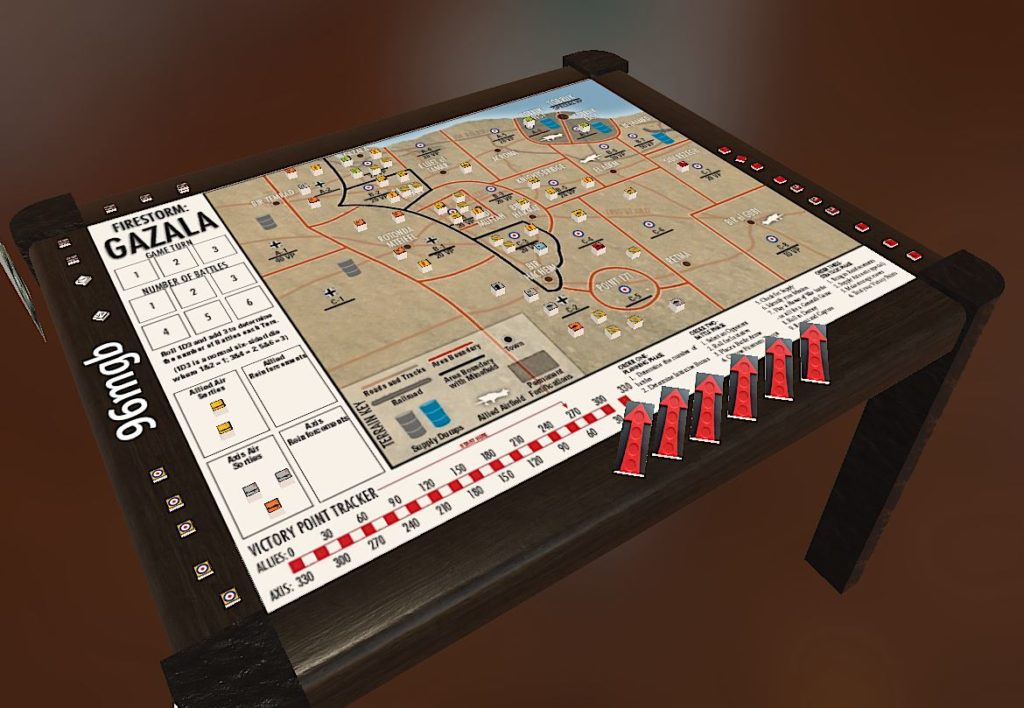 Here at Breakthrough Assault we have been working closely with No Dice No Glory to come up with a cunning plan for some community gaming.  Of course its hard at the minute but with lockdown easing across the world and your LFGS hopefully reopening we want something for people to come together with over the next couple of months.  Our answer to this is Firestorm Gazala.

First off a big thank you to Gísli Jökull Gíslason from Iceland who, as a keen historian, has produced some excellent campaigns which can be found of the FOW page here.  His latest one Gazala will be published on the FOW site soon however in the mean time he has kindly let us have access to run a global participation campaign.

A Firestorm campaign recreates a famous campaign, in this case North Africa and combines a strategic board led by opposing generals (Myself and Tom from NDNG) with actual games by commanders (all of you reading this).  In essence we move divisions and brigades and players fight the battles.  As we are separated by several thousand miles we will use Table Top Simulator to do this part.  Also this will allow us to video our chat, discuss our plans and move the counters.  Hopefully providing context to you all for the coming games.

The campaign will feature three turns each lasting a two weeks.  Within each turn there will be a number of battles (random number each turn).  Each battle will decide the fate of an area of the map and will be played out as a normal FOW game.   What’s special is that, as generals, we can assign extra Firestorm troops to the game.  These are extra troops beyond your agreed points level.  Equally some areas will have special defences.   Even if out numbered a heroic defence or gallant attack can, even in failure, impact the game by destroying the Firestorm troops.  So fight hard and try not to get tabled 8:1!

Once we have made our strategic moves, and committed our firestorm troops we will publish a list of available games, details of the extra troops you can use and also suggested forces and any other special rules and limitations (eg who is attacking).  Now of course not everyone will have all the models you need for each battle and thats fine.  Its your hobby so while it would be great to be as accurate as possible you can play with any MW force and if you dont have the Firestorm troops you can just gain the equivalent points instead to use with units you possess.  Ultimately this is about being inclusive.

We ask that any players who play out one of the battles take some screenshots and write a quick paragraph on what happened along with what forces they used and the score.  We will then tot up the victories for axis and allied in each area to see the outcome.  The score is important to the outcome as its affects if Firestorm troops are destroyed so we will average that out.   We will then publish some of the photos and post a video detailing the effect the battles have had an setting out our next strategic moves.

Due to the crazy COVID world we live in we know that not everyone will be able to get a physical game against an opponent however we hope this will improves in the coming weeks.  Wherever possible we ask that you support your LFGS to play.   That said if you can’t and especially if lockdown means you cant play at all, games on Table Top Simulator can also be used.  Again the aim here is to have fun playing a themed global campaign and we want as many people to join in as possible.

The campaign is 3 turns so will last 6 weeks.  We hope to launch it on the weekend of 20th June so get those MW Desert forces dusted off and we shall see you in the sand!

P.S if this goes well the we have an even grander plan for Firestorm Market Garden (maybe with some home brewed formations and command cards) for August to coincided with the SS book coming out.