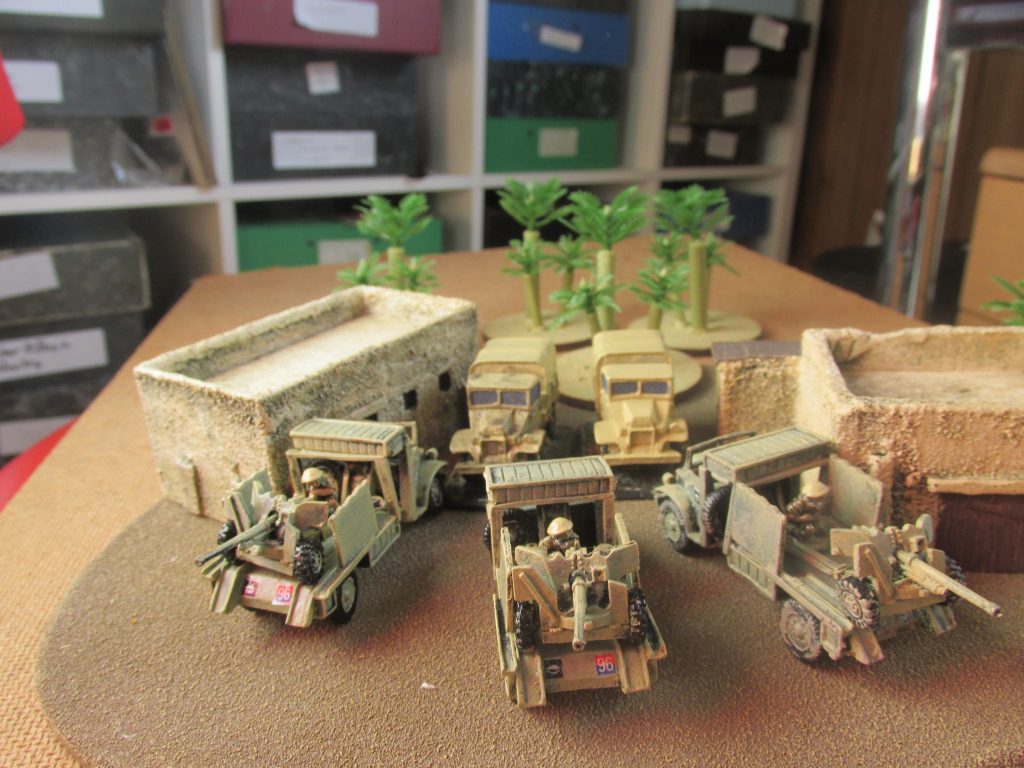 One of the new innovations with v4 is the introduction of cards which affect game play in a manner similar to Tanks. Many players have been eagerly awaiting their release, and there has been much speculation on various social media for a while about what will be on them.

Breakthrough Assault were given access to the cards prior to release and we divided them up to give our opinions, as I don’t play Germans I offered to do the British cards. As a gamer I tend to place more importance on the historicity of a ruleset that on gaming systems, and I appreciate that my views in that respect may differ from other players, as a radio show over here in the UK is fond of saying “other opinions are available”

I struggle to get Mid War games in Scotland, as the period never really took off up here, and my non-Scottish regular opponent has his hands full with other priorities (new baby – Mark) at the moment so this article won’t be a Battle Report or full of interesting uses we’ve put the cards too, it’s simply a look at the cards, and my opinions about them. Battle reports and tactics articles will come later.

In my view the cards breakdown into 3 basic types:

Firstly new units or teams that can be added to the existing basic forces in Desert Rats. So there are cards which allow you to add a Formation of Australian or New Zealand Divisional Cavalry, to field your Motor Company as a Guards Unit or Indian Unit (from 22nd Guards Brigade or 3rd Indian Motorised Brigade), or to use a Humber Armoured Car formation. There are also cards for Pip Roberts and Arthur Currie – both granting bonuses to the Grant troops.

Unlike the old Mid War lists however, where non standard troop types often had different skill and motivation ratings and special rules, so for example Australian Div Cav were Fearless Veteran with the Australian special rules, the new cards either simply depict the “new” formations using the standard Desert Rats book organisations (in the case of both Div Cavs), or they change 1 of the stats on the standard unit organisation such as Morale or Counterattack. Now I suspect that this might not go down too well with all those players used to Fearless Veteran Aussies or Confident Veteran Kiwis, but from an historic perspective is there really a valid reason for rating the antipodean tank crews as better than their British counterparts? Yes, the Aussies had been using some tanks since the Syrian operation in 1941, but then so had many of the Tank, Cavalry and Yeomanry units in 7th Armoured Division.

Secondly there are cards which add something or modify the way that standard British units work. There are quite a few different ways that the cards do this, either by adding something to a unit, changing the stats for a specific unit, or giving the formation commander a changed skillset. So in the first case for example there are cards which add motor transports to the Motor Company, or changes your 6pdr teams into Portees (unarmoured tank teams). In the second case there is a card which give Crusader units a special “Cavalry” ability, increasing their ability to make a “follow me” move and still shoot, whilst there is a card that gives a units tanks the “Scout” ability. I’ve picked these two because I think they are historically very good ( and I like Crusaders !), the cavalry card gives Crusaders the potential 18 inch move and shoot capability, whilst the “Scout” card gives the Div Cav tanks a realistic “recce” style role. For you Honey fans out there there is a “Short Halts” card which increase a Honeys speed to 14 inches, but only for the HQ vehicles, so not quite as useful as the “Cavalry” card. There are also cards which give bonuses on counterattack or shooting to a specific unit. Thirdly there are cards which give specific bonuses, but only to a Formation HQ team, so for example “semi-indirect fire” (which allows the Unit HQ to re-roll all misses in shooting step if halted, but irrespective of range), “teamwork” (increased rate of fire), “sweet shooting” (re-roll failed firepowers), “broadside” (a Crusader specific move and shoot full rate of fire card) and quite a few others, some with humorous (or not depending on your point of view) titles. For me these are less historic, why for example would only the Squadron commander be taught semi-indirect fire? Also their usefulness is somewhat mitigated by having to have the Formation commander in harms way, which is somewhat counter intuitive to my gaming style however limiting these abilities also help provide balance.

Lastly there are cards which can be played during the game to change outcomes. Some of these I think are actually a very good representation of wider strategic actions beyond the board, such as SAS Raid (which negates the first roll you opponent successfully makes for air support) or LRDG Raid (your opponent re-rolls their reserve rolls – note it doesn’t say successful reserve rolls so it may force reserves arriving early into your trap. These capture the flavour of the deep desert operations by special forces much better than fielding an SAS troop or LRDG troop on table in an unhistoric way would do (though I still think there is room for a wholly “raiding” list in time).
Others basically are discarded to make a specific change to one particular circumstances, so “Sticky Bombs” gives a one off Tank Assault 3 to an infantry unit in assault (with no-risk of blowing themselves up), whilst “For King and Country” means a unit automatically passes it’s last stand test if close to it’s Formation HQ, or “Artillery Expert” (moving a pre-programmed artillery marker), “Charmed Life” (discard to automatically pass a save) and lastly “Captured Tank” (discard the card and an infantry team, to use a tank you have destroyed in assault). Here my opinion is divided. From a historically perspective it makes sense to limit the supply of sticky bombs, units did not cart around the numbers necessary to allow unlimited use, I think there is probably less historically accuracy in some of the other cards.

So that’s a brief overview of what you’ll be getting. Going by some of the debate on various forums it might not be what people were expecting, they are certainly not just a method of expanding the lists in Desert Rats. Now all I have to do is find a willing victim to use my Cavalry Crusaders on (well my Germans are now painted – Mark)