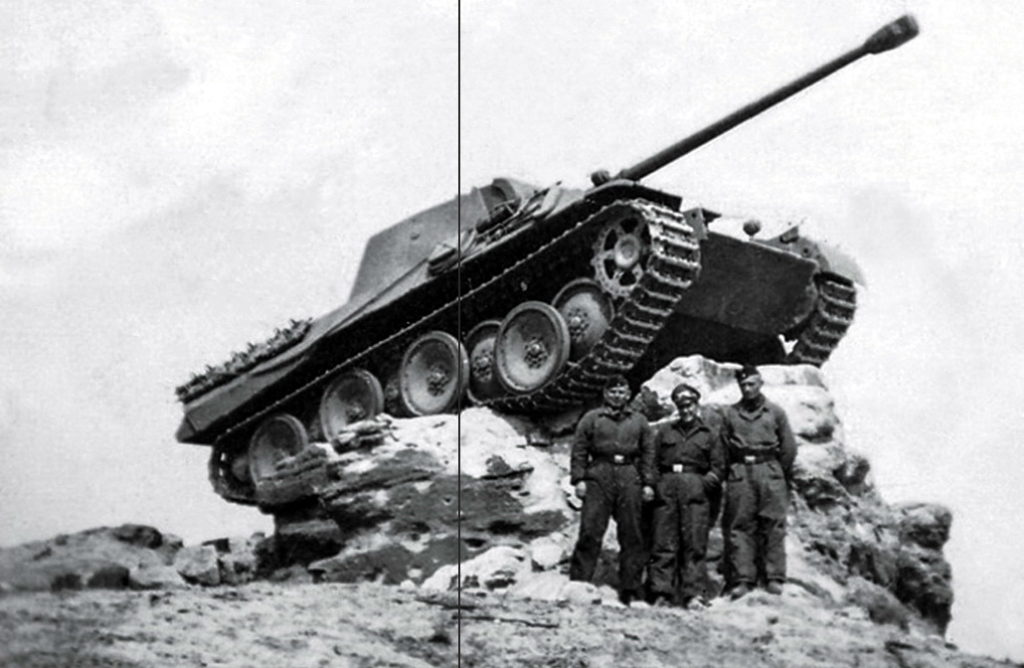 Bringing Back the Panther

With three German books out for LW and German Bagration coming around the corner, I tried to see if the FoW community had settled on a Meta list for the Germans and what I could do to avoid making such a list for my next army.

Looking at lists used in tournaments around the world, it seems that PakFront 88’s and a formation of 116th Greyhound PanzerGrenadiers is the “go-to” list for Germans. Often these are backed up by Tigers as a mobile and one-roll reserve unit. Not often are PzIV’s fielded as a formation and the  Panthers are completely absent as a formation used on the tabletop. If anyone is in doubt of why that is, then take a look at Andy’s “Tank Rank” article about German Bagration tanks.

With this firmly established, that the Panther is close to unplayable as a formation, I had found my core formation. A Panther Company would be as far from Meta as possible, so this would be my next army and, as guided by higher powers, my friend Valendune from Spain had arrived at the same conclusion. We decided to try to #bringbackthepanther. During February we would both paint up a Panther Company and try to make it work in a series of battles and to try and get as many people to join us, we put up a raffle so anyone painting up a Panther in February or fielding a Panther company and writing an AAR would be but in the pot.

With my eyes set on building a Panther Company,  I looked at the possibilities. In FOW there are four Panther formations to pick from. Fortress Europe, D-day Germans, German Bagration and Waffen SS D-day.

There are a couple of differences in the formations with the major one being that the SS Panthers are only 9pt per tank compared to 11pt in the other books. Another difference is that the FE formation can only have tanks and the Bagration can have both tanks, Infantry and AA as the core.

Despite the attraction of the Bagration formation with the all-inclusive nature, I decided that I needed the points I save by taking the cheaper SS Panthers.  So what do I think a Panther Company needs to be successful on the tabletop? Let’s start with the bare minimum. An HQ Panther and two platoons of three panthers comes in at 62 points.  This leaves me with 38 points to fill out the Panthers shortcomings.

First up they need something that can assault and possibly screen against light and medium tanks as the weak side armour is the real Achilles heel. Here a Platoon of SS Panzer Grenadiers will do the trick. Upgrading them with the 9th SS card they become Fearless, Veteran and careful and cost 9 points.

The Panther also needs something to help deal with Tank Destroyers as these often are low armoured but carry a big gun. Wasting AT 14 shot on front armour 5 vehicles will surely lead to defeat, especially when the SS is hit on 3+. Tank destroyers will often outnumber the Panthers 2:1 due to the high price of the Panther. Here I choose to take the Stuka tank hunters for another 9 points. A formation of light tanks or armoured cars can most likely do the job better, but planes are just soo awesome and they can reach out and touch everywhere on the table IF they show up.

Even though I like the idea of strafing Stukas and fearless assaults from the SS PanzerGrenadiers, I think any army needs something to soften up guns and dug-in infantry and what better unit to give this task than the 15cm Hummels. With firepower 2+ these canons will kill everything that fails its save and with AT 3 they can even threaten open-topped vehicles (I am looking at you Achilles).

The problem with this wish list is that the Stukas are not available in the SS D-day book. So in order to take the Stukas, I have to either use the Fortress Europe support diagram or the German Bagration support diagram. By using either of these it removes the option of taking SS support units, so the Hummels will have to be Heer SPG costing 12 points and the Scouts will also have to be a Heer unit as well.

For my spearhead unit, I pick the Sdkfz 221 & 222 as they are cheap and still carry an AT5 gun, that can help fend off enemy recon. Having the Pumas and their AT9 gun would be great, but my experience is that it is precisely this AT9 gun that gets the two-strong troop Pumas into trouble that gets them killed. So 221 & 222’s for me, taking another 3 points from the pool.

This takes the Formation to 95 points. So what to do with the last 5 points? Adding an SdKfz 10/4 AA unit will give the Panther formation a little more survivability costing 2 points for two,  plus help keeping enemy recon honest. A Lucky card to help to bring reserves quickly on to the table if necessary is added. 1 point is used on Softskins for my infantry, mostly because it adds a lot of flavour but also if the odd situation appears where it can be useful to move quickly along a road. The last point I used to make the infantry “Pioneers” as crossing minefields and digging in on a 2+ is nice.

This all might seem like I am cherrypicking precisely what I want to, but all along the process, I have kept my eyes on the Order of battle in one of Nafzigers books about WW2.

In this book, I can see which equipment was available to what Divisions at certain times during the war. As the latest book released before COVID was Soviet Bagration, my local gaming club still has a lot of fighting on the Eastern front waiting for us. Therefore I am looking for German Divisions that fought on the Eastern front in 1944-45.

After a bit of online research, I found that one of the Divisions that fought intensively on the eastern front was the 5th SS Panzer Division Wiking. They are part of Army Group Center in June 1944, so are in the midst of Operation Bagration and fight in Ukraine, Poland and take part in the defence of Budapest as well in late 1944 and the start of 1945, so this will work well for lots of historical scenarios against the Soviets.

Nefzigers book tells me, that the first 4 Companies are Panthers in the 5th SS Panzer Regiment, The 4th Company in the 9th SS PzGren regiment are a Pioneer Platoon, 16th Self Propelled Flak has 20mm cannons, the 5th SS Reconnaissance Battalion has an Armoured Car Company with 20mm guns and LMGs and the 5th SS Artillery Regiment has the 1st SPG Battalion equipped with six Hummels.  So this is a perfect match for men and equipment. All the chosen units are accounted for.

As for the painting, I will not be going into details this time. I decided on a winter/early spring theme, with vehicles that have the whitewash running off with the spring rain and a very weathered look. This was a fun and busy month of painting and the only thing left it to get this force on the table and see how it goes. I leave you with a photo dump of the army.