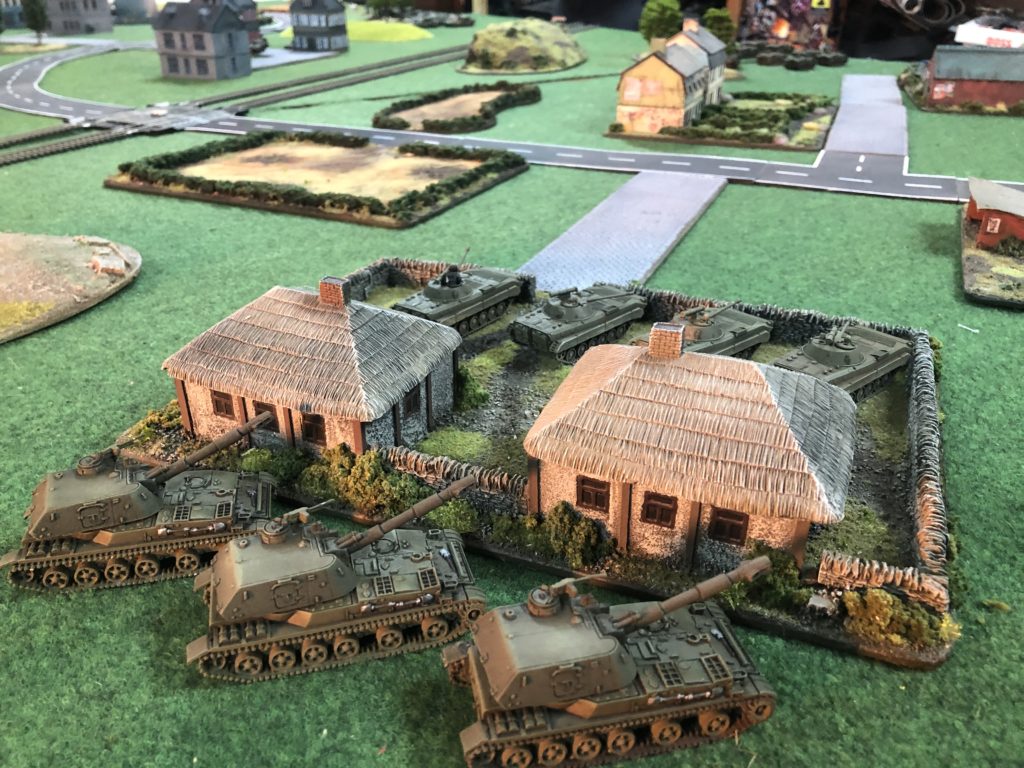 With V2, or “WWIII: Team Yankee”, now out and a couple of new Yankee players in our local group, it was time for another big multiplayer game.  We played on a 12ft x 6ft board with standard rules with a single amendment; reinforcement rolls would be tripled (3 rolls of one dice on turn 3, 3 rolls of two dice on turn 4 and so on).

Paul and Jordan would be fielding 200pts of Soviets – tank heavy lists with solid infantry support and light air.

NATO (me, James and Ben) would be fielding 200pts of mixed British and American.

James was supplying the solid Brit infantry core (a second and third infantry platoon isn’t shown here – the Milans are!) with Mortar and Rapier support

And me?  Well it was finally time for Team America to bring all the toys!

Yep, that’s all the armour and all the air 🙂

NATO chose manoeuvre and Pact chose to attack, so we ended up with the old stalwart Encounter.

Pact left off their Hinds and most of their tanks.  NATO left off all the air support and some smaller Brit units.

With the soviets winning the dice off, they start their push.

On our left flank, Jordan’s T72s stall a little on their advance due to entering the woods and failing cross-checks.

The V2 rules really shone through for NATO, with it saving the Scimitars (by allowing the tanks to remount, eliminating the need for a subsequent platoon morale check) from an early rout and heavily increased the abilities of our Artillery.

The US rapid assault list was fun but I really needed to be on an attack mission to get everything in play.