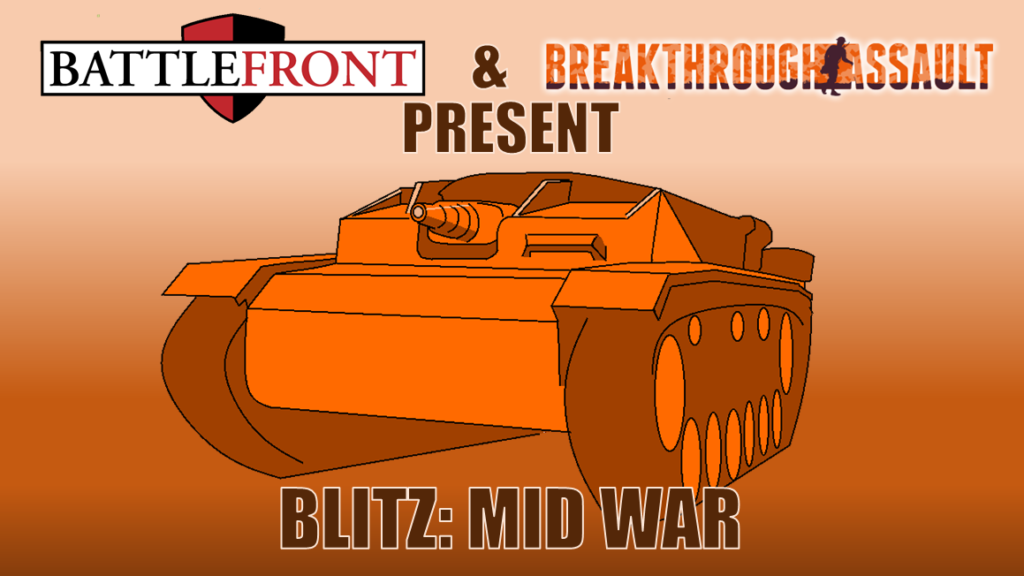 Since the UK Open Day, Breakthrough Assault has been considering running some UK events in 2019.  We spend a lot of time writing material we hope the Flames of War and Team Yankee community enjoy and decided it was time to start supporting the community in other ways.

Discussing our ideas with the Battlefront UK Office, they were immediately keen to partner up, in order to deliver some varied, player focused events across the country in 2019.

Going into this we are determined to offer events that can appeal to all levels and types of players whether you’re just starting out with your first Flames Of War army, or have amassed a collection of many years of generalship. We want to challenge the experienced players while at the same time rewarding players at all stages in their wargaming hobby for play technique, painting and sportsmanship.

We also want to keep these events the best value for money as possible.  With Battlefront support for scenery, awards and trophies this means we wont need to charge as must for the entry fee, making attending one of our events a lot easier (especially when you have to justify it to Home Command!).

By failing to prepare, you are preparing to fail.

While we are still firming up details for our first events, we thought we’d share with you the first events for early 2019 currently being worked on:

We see new players on Facebook in the many groups, and the number of followers on our page and Battlefront’s own steadily grow, we hope to encourage you all to meet up and play.  We aren’t looking for massive numbers, to us: it doesn’t matter matter if we have 8 or 80, events aren’t about the kudos of being the largest, they are about people getting some games in against other players and having a great time doing it, on some cool tables with some lovely armies.

More details will be coming out over the next couple of months.  We hope you can join us.