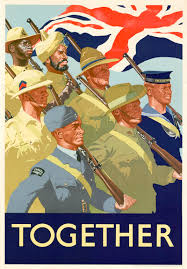 Assault on the Westwall – Commonwealth lists

Today, Coxer takes time out from nappy duty to return to the Bulge and discuss his upcoming themed torny and Commonwealth lists. So I’m going to start this with a little note – Baby Coxer has arrived, she’s happy healthy and I’m properly sleep deprived. Into this I’ve also agreed to run a tournament at our local FLGS in december – I’ve gone with an idea that myself and Ben have been chucking around for ages, the assault on the Westwall, a tournament where all lists have to come from with the Market Garden or Bulge (as it’s now out) compilations. I love this idea as a theme; you’ve got a good mix of US and British (including Canadian/Polish) lists, and a wide variety of German lists as well to choose from. I also think it helps the poor German players when in a red vs blue set up they don’t need to plan for Russian hoards and elite tank lists.

So I’m going to do a couple of article highlighting some lists I might take to the event.

Now for those of you who’ve followed the blog for years you’ll know I have no US armies, so it’s going to be Commonwealth and German lists only! The other thing is that I’ve told a couple of local players who don’t have appropriate armies that they could borrow one of mine, so I’m also having to use armies which don’t use models I don’t have, and once they’re gone – they’re gone! So this is a list which I used in it’s PDF version back at Corrivalry a couple of years ago, and I think it’s one of the two best British lists – along with the one from Nachtjager. It has the philosophy behind it of – prepare to attack, ready to defend. That’s because I always think British infantry excels at attacking, and should be used for that, but can also defend. Now I’ve not broken out my British infantry for some time – they got used a lot so I’d got a bit sick of them! But this is a great event to possibly relearn them.

The core of the list is two infantry platoons in ‘roos; they are mobile and can survive, also one of the platoons has 50 cal’s for extra punch – important note, have the spare artillery spotters and IC/2IC in those transports to keep the guns shooting as the infantry dismount!

Next up is the carrier/wasp patrols – the carriers are the obligatory recon, the wasps, will never fire, but they will force you opponent to act in certain ways which is nice!

There are no mortars due to points (sad face) but for AT you’re spoiled, you have the 6pdrs – always good, and also 4 M10’s again a decent punch, they’re also backed up by the 25pdrs (smoke is your friend on the attack so these are better employed there!) Finally you have the BL5.5; these will punish your opponent in bombardment – and with mike target remove people from the objective – as an alternative I might go for 2 BL5.5 and take mortars to aid the attack, get up to 9 platoons and use the mixed bombardment rule. A blast from the past – I don’t think I’ve rocked these guys since the UKGT in 2014 (see a theme occurring) Now i’ll admit this list is stolen from the mighty Lord Charlton, but it works! Unlike the British normal infantry in their transports, I’ve gone for three on foot (that’s a rule as immutable as always taking a faust on a german command stand) As you’ll take casualties when you assault at night (and you will assault at night!) The next important part is the Airlanding light battery – this has the famous medium support rule + mike target and therefore means objectives stop getting defended quickly! You have the basics of smoke (mortars) and recon (jeeps) to aid getting across the board, as well as a bevvy of 6Pdr’s to help defend/attack if needed. The one controversial choice is HMG’s over another 2 6Pdr’s – and that’s just due to miniatures I own! Overall though this is a hard to use, but effective and direct list! Another list not used for a long time – and I only remember one thing – I hate Land Mattress launchers, so lets see if that hatred was justified or not and bring them back out again! Now the other thing I liked about this list was the use of stuarts as recce – and two small platoons is good I think – you spread the recce, and if facing an auto attack tank list you have 2 cheap platoons to keep in reserve! The core platoons are the famous canadian ninja shermans, with cautious movement and eyes and ears you get a lot of versatility – or and the abundance of fireflies should keep enemy tanks honest! with the spare points I’ve gone for David Currie – more on a whim than any great tactical choice – and finally some Bofors SP to get to an even platoon count.

So there you have it 3 different Commonwealth lists which I can bring to the event – or loan out to others.

Of the three I think the Welsh infantry list is the best, but all would be competitive in this type of event. I’ll bring you an article about German lists I might run in a few days as well – till then it’s time to go change nappies….