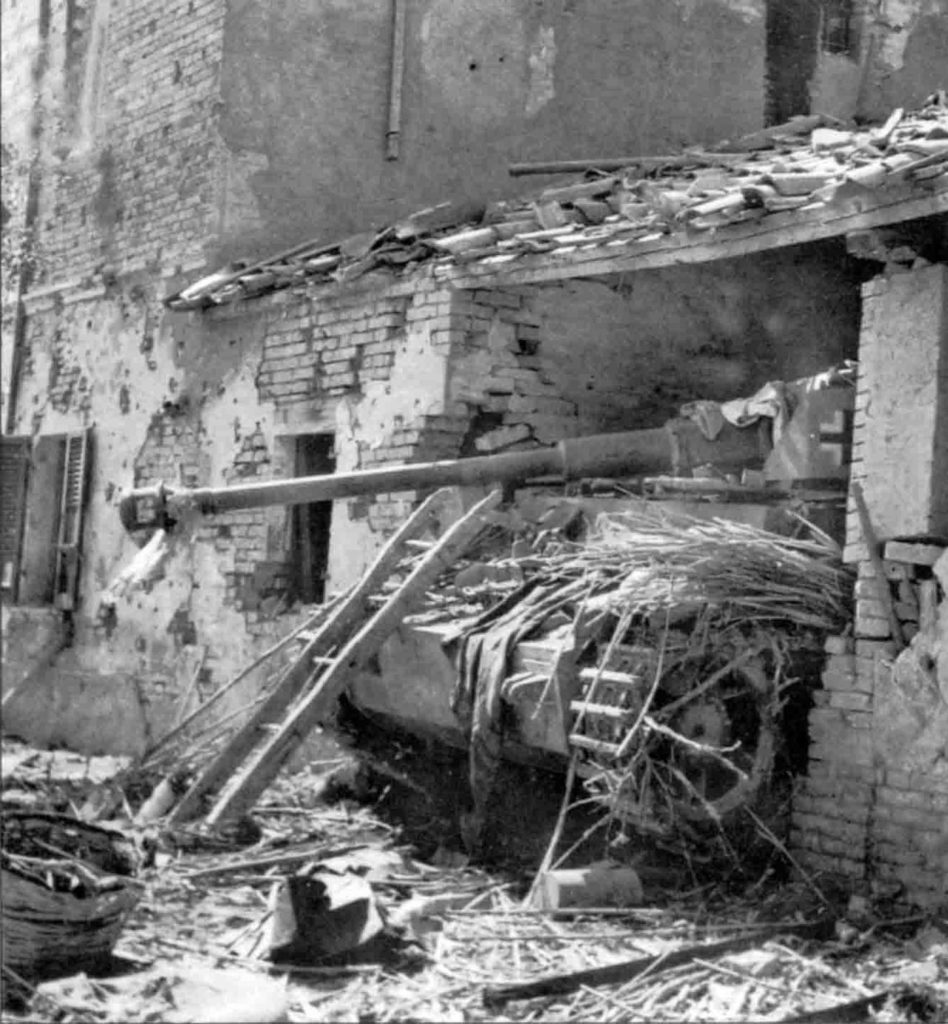 Today Martin takes a look at how you can adapt the Fortifications rules from the Beach Landing Scenario from the D-Day Americans book to other theatres of the War.

With the publication of the new late war D-Day Americans book we got a couple of new scenarios, Fubar and Helps on its Way, that allow the defender to utilise pre-constructed defences and, reading some recent internet chat, it got me thinking about how I could utilise these in other theatres of the war.

Fortifications, and where to find them

If we take a brief look into the history of the Second World War, we soon discover that there were many battles fought across Europe and North Africa where the defenders utilised pre-built defensive lines.

Possibly the most obvious of these was the Allies campaign to retake Italy, where they were forced to fight through a series of preprepared defensive lines. The most famous of these lines was the Gustav Line, centred on Monte Casino protecting Rome, and the Gothic Line protecting the industrial north of Italy.

The French built the famous but mostly unused Maginot Line, whilst the Germans also reconstructed the WW1 Seigfried line to defend its western border from the Allies.
In the east of Germany, the Seelow Heights formed a major permanent fortified position protecting Berlin and the forests of eastern Prussia contain many defensive lines built around permanent fortifications. Even in the Deserts of North Africa, the Germans and British constructed defensive lines to protect key passes and strategically significant areas.

Conveniently, many of these battles involving major fortified positions occur in the late war period, so we can utilise the handy fortifications points table directly from D-Day Americans to help us set up games of this nature.

Using the above table allows us to break down the defensive forces into their required parts but we still need a scenario and my suggestion here is to start with Hold the Line from the main rule book as your basic scenario. Next, you need to work out what defences you have available, again we can use the D-Day Americans scenarios to provide the Fortifications and Obstacles table to provide a framework to select the fortifications from.

Not all the defences were the same in every theatre; they range from simple holes in the ground protected by a few sandbags, or shored up with timbers and covered by logs or made use of existing structures  right through to the elaborate concrete and steel bunkers designed and built to withstand the most intense bombardments, channelling attackers into their killing grounds.

The chart in D-Day Americans is focussed on the defences found along the beaches of Normandy but as a general structural guide it works really well for Italy as well and, with a little adaptation, can be used to represent German fortified positions in North Africa.

For Italy, the only change I would make is, instead of French Turret Bunkers, you change one of these entries to a Panzer IV Turret Bunker and the other to a Panther Turret Bunker both iconic to this theatre.
Changing these couldn’t be much easier, I would simply swap the Front and Side Armour rating, retaining the Top 2+ rating, and swap the main gun rating over from the 47mm to either the 75mm or 8.8cm rating as required. With regards pointing these simply double the cost for a Panzer IV turret to 4 points and double it again it for a Panther to 8 points and you are ready to go, making a bunker roughly two thirds the cost of the equivalent tank seems about right.
-Arguably in Italy, these positions were manned by better quality troops than in Normandy but with a bunker, Skill isn’t really something you should need to worry about overly much so just go with it as is.

Looking at North Africa things are a bit different there are no significant lines of Bunker type defences built by either side most defences were formed with groups of mutually supporting Nests or gun pits deployed in depth. I’ve Focussed here on the Germans, they developed their defensive positions using MG and Mortar nests and made use of concrete pits made famous at the siege of Tobruk from where they get their name.

These protected 5cm Anti-tank guns Nests all backed up by well emplaced 8.8cm guns. To represent this type of defensive position all I need to do is replace the Anti-Tank Bunker boxes in the chart with an 8.8cm Anti-Aircraft Nest at the same cost and I can now represent my Mid War German Stutzpunkt ready to defend the Libyan Border against the British armoured divisions.

Hopefully, this has given you some ideas on how you can adapt some pretty basic rules across other theatres of war and expand on your gaming possibilities without a whole lot of extra work.