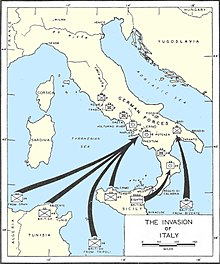 When I build ’em, they don’t DARE break down.

Ladies and gentlemen, boys and girls; Welcome to Late War…

As we’ve covered in earlier articles Fortress Europe brings the Flames of War timeline up to 1944 and into the late war period. This is the first time that we will experience a bridging book like this in this iteration of Flames of War and what it lacks in new toys it more than makes up for in giving you new balanced forces to take the fight to the Allies encroaching on the borders of the Reich.

For me, and I realise that this comes as a surprise to all and sundry, my attention was immediately drawn to the German section of the book. I’ve been exploring the idea of using MW books to recreate the fighting in Italy recently but with the release of this little beauty I no longer have to fudge things as all of the required elements are there.

My original thoughts for the mighty Herman Göring Division Panzer Company were:

All of these options, barring the Command Card, are viable units in the new Fortress Europa book… which is excellent. The downside is that our 100pts MW list is now more like 50pts and the Panzer III is about to be the epitome of bringing a knife to a 17pdr fight. I always knew that the Sicilian defender’s list was going to have to evolve but using Fortress Europe we can evolve it much more aggressively without losing any of the flavour.

As before my core formation will consist of:

The new additions though will bring some serious LW firepower to my forces and give me something to really make the Allies think twice; Panthers.

The Panther was too expensive in MW… there I said it… I played it and being Green really hurt its performance but even in these circumstances, it was a major threat to anything on the table. The LW variation with it’s mightily impressive AT14 high-velocity 7.5cm gun is a rare beast.

In historical terms the 4th Panzer Regiment, under the command of 14th Army and Generaloberst Von Mackensen, held all of the Panther tanks in the Italian theatre; and Von Mackensen was loathed to commit them and held them back in a strategic reserve. I will do the same.

Adding 4 x Panthers to my list gives me a single platoon to hold in reserve, which is excellent,  and also a tonne of mobile, hard-hitting, high armour assets to my list. They also give me another core platoon for my formation making it much more robust – something that I was struggling to achieve in it’s MW incarnation.

I will keep in the Nebelwerfers from the original list (NB: I notice that there are not points discounts to be had for these in LW – I guess a 15cm rocket is as useful in 1943 as it is in 1944) as they are a solid artillery choice and keep in the 7 strong Panzer-Grenadiers on foot but now with a healthy sprinkling of Panzerfausts for good measure.

I think that the inclusion of the Panthers gives my MW list so much more firepower and utility, but it doesn’t have to stop there! Looking at my previous Italian lists there is far and away more scope to explore options than I had previously.

Units like the Flammpanzer and StuG really come into there own when they have the capacity to bring those vital support units with them to really let them shine on there own and that is exactly what Fortress Europa allows them to do.